Yes, There's One Memphis Police Officer Who Respects Our Humanity 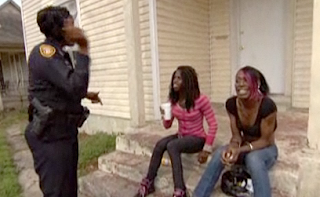 With all the notoriety that former Memphis Police Dept officer Bridges McRae brought upon the department with his jailhouse beatdown of the late Duanna Johnson, and the lack of progress toward arresting the perpetrators who murdered Ebony Whitaker and Duanna Johnson, it stands to reason that most trans people in and outside the city of Memphis have a negative view about the MPD.

Well, thanks to Bianca Phillips of the Memphis Flyer, I stumbled across this story while doing some web surfing on another topic.

It's refreshing to note that there are MPD officers that do interpret 'to serve and protect the citizens of Memphis' means ALL the residents of the city.


She came to the aid of two transwomen who were minding their own business sitting on their porch until they were harassed by neighborhood boys. One of the transwomen called the police, and Officer Johnson was the person who responded to the call. 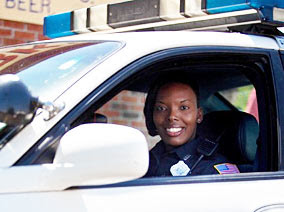 Before arriving on the scene, she tells the cameraperson riding with her, "If you are a good person, you should always be treated with respect."

The segment of the show I'm discussing starts about the 5:30 mark. Enjoy.

Officer Johnson, you are a good person as well. Thank you for not only the job that you do as an MPD officer, but making the point that we transpeople need to be treated with respect as well.

Bianca here from the Flyer. Thanks for posting this! I love that we're all getting the word out about Officer Jefferson. I think it's important to commend her for being so respectful.