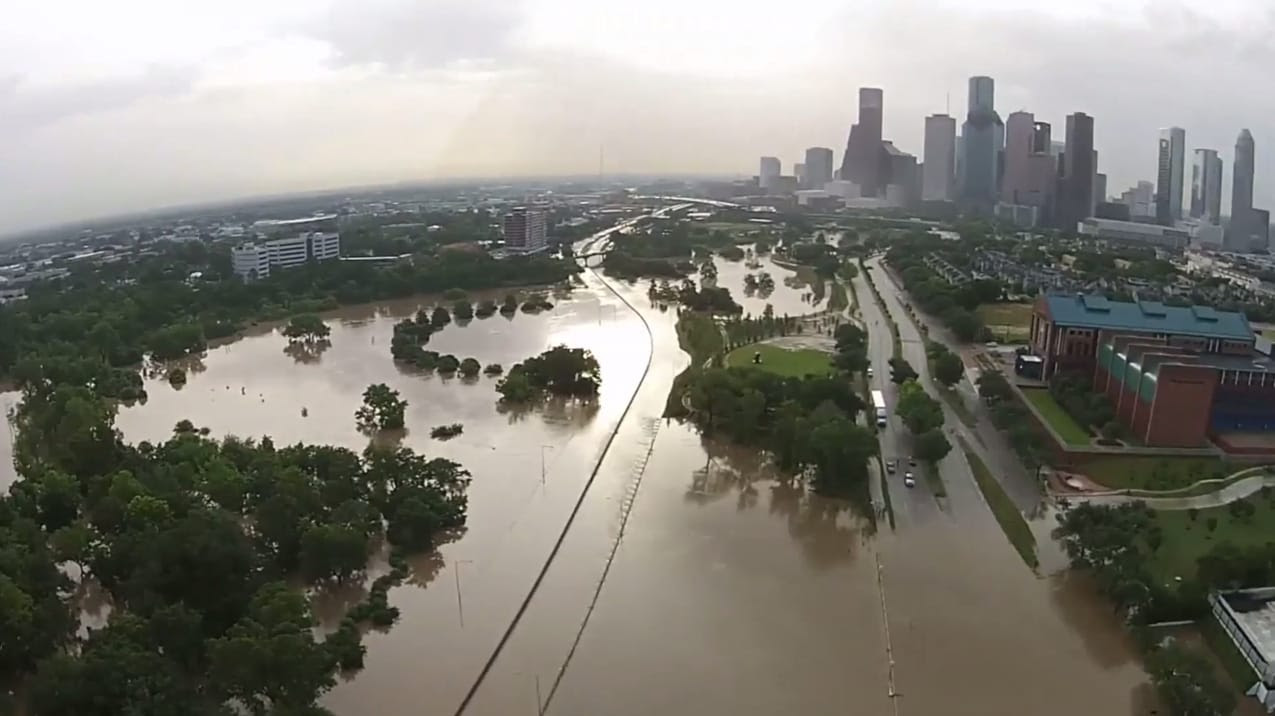 As many of you TransGriot readers are aware of, the Houston area got hit with 8-12 inches of rain in a six hour period from 9 PM Monday night to early Tuesday morning from an intense line of storms that brewed up on Memorial Day and extended from San Antonio to the Texas-Oklahoma border.

While the northern end of that line quickly blew through the Dallas-Ft Worth area, the southern end took its sweet time passing though our metro area which has had more than our fair share of rain over the last several weeks. 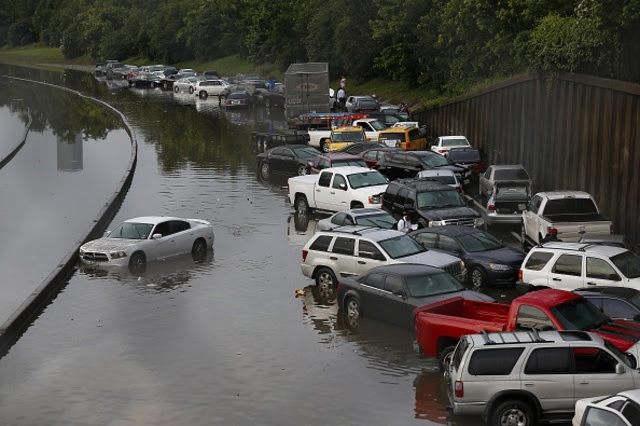 It didn't help that much of the rain hitting central Texas flows through Houston and its network of bayous on its way to emptying out into Galveston Bay and the Gulf of Mexico.

The southwest side got the bulk of the rain, with 11.5 inches falling on that side of town.  I live on the northwest side, and while we got 8 to 9.5 inches, we were spared the flooding that whacked Meyerland and other affected parts of Southwest Houston.

There were 200 folks stuck at Toyota Center downtown after the Warriors-Rockets playoff game until early Tuesday morning because they couldn't get back home our out of the downtown area.

It got bad around 1 AM when Buffalo, White Oak, Keegan's and Brays Bayous went over their banks and caused major flooding on I-45 where it crosses White Oak Bayou at the junction with I-10 near downtown, and TX 288 flooded as usual between where it splits south of downtown from US 59 and 610 South and crosses Brays Bayou near the Med Center..

The Buffalo Bayou flooding also affected Memorial Dr. and Allen Parkway, which are major routes into downtown Houston from the west side of town.

There was also street flooding in various parts of town since Houston streets are designed to hold it, then feed it to the drains that lead to the bayous.  We had many of the underpasses hit with so much water it overwhelmed the pumps that keep them dry.

We also had a lightning caused fire at an apartment complex in the area near NRG Stadium that left 16 people homeless. 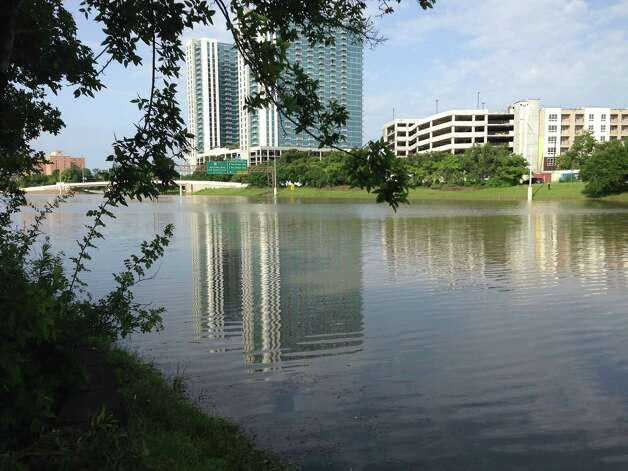 Sadly, we have had 5 deaths from the flooding, mainly drivers who realized too late the water they were driving in during the late night-early AM hours was rising too fast and quickly became too deep for them to act quickly.  They are also at this writing still searching for two senior citizens who were swept away down Brays Bayou after a boat that was rescuing them Tuesday capsized.

Houston caught a little break because the sun was out most of the day yesterday, and gave the swollen and affected bayous a chance to send that excess water to Galveston Bay.

As of yet, haven't heard if any of our community peeps or allies being negatively affected, but know that if I do, I'll pass that information on to you as I receive it.

However, we are expecting more heavy rain later this week, so we'll be casting a nervous eye to the skies over the next few days and paying more attention than usual to the weather forecasts..
Posted by Monica Roberts at 12:00 PM