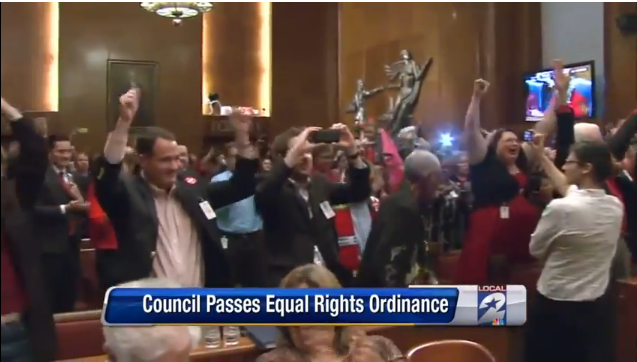 On this day last year, after a long combined Houston City Council meeting that saw over 200 speakers spend one minute each pro and con debating it, on an 11-6 vote the HERO was passed to the joyous cries and cheers of all of us who busted our butts to make this day happen.

And yeah, as you know, a certain blogger had been hounding Houston City Council since January to make sure her hometown human rights ordinance was trans inclusive.

Our HERO covers 15 categories, but the HERO Haters were only concerned about two, sexual orientation and gender identity, and demonized trans folks in the month long contentious debate to passage. 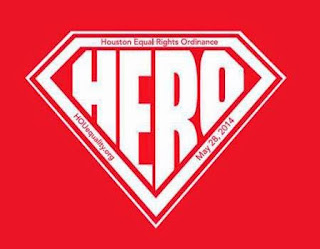 We didn't get to celebrate our 30 years in the making win for long, because we immediately had to shift to defend it mode.   Thanks to unbridled arrogance, fraud and stupidity on the haters side as they collected the recall petitions, they discovered on August 4 didn't gather enough signatures to force it on the 2014 ballot for a recall.

The HERO Haters kept trying, and tried to get in the courts what they failed to get in the petition process they screwed up, and still lost twice in a jury trial and with the judge..

They just recently had another motion denied in which they tried to get an expedited trial in the 14th Texas Court of Appeals.   In order to get a HERO repeal on the ballot, they have to get a ruling overturning Judge Schaffer's decision before the August deadline to get ballots for November 2015  elections in Texas printed. 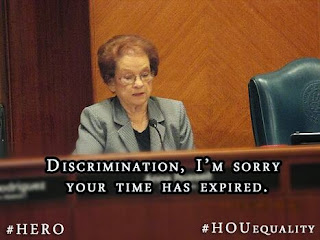 Meanwhile the HERO is in effect and being implemented by the city of Houston, so for the first time in Houston history we have a local remedy for discrimination that happens in the Houston city limits.

But what I was most proud of as a native Houstonian was that we sent the message to the state, the nation and the world that discrimination's time had expired in the fourth largest city in America.

So happy birthday HERO!   May you be around to celebrate many more!
Posted by Monica Roberts at 12:00 AM