Tomorrow afternoon there will be a LGBT Fallen Heroes Memorial Service ceremony at the Women In Military Service for America Memorial in Arlington National Cemetery.

The first LGBT Fallen Heroes Memorial Service was held in DC's Dupont Circle on May 13, 2012 during National Police Week. What began as a memorial service to honor LGBT law enforcement officers has grown to encompass all uniformed public servants, EMT's and military personnel. It also inspired the subsequent creation of the LGBT Fallen Heroes Fund.

During the memorial service, the stories of our fallen heroes are read aloud by volunteers and then flags that have been flown over the Capitol building in their honor are presented to the significant other of the fallen hero.  The significant other is also presented with a commemorative portrait that serves as a reminder of their loved one’s faithful service.

Sometimes this LGBT Fallen Heroes memorial service serves as the first time those significant others are recognized for the supportive role they played in their departed loved one’s service to their communities.

Because of our country's problematic at times interpretation of marriage laws as they apply to TBLG people, at times the significant others of these fallen heroes are not given the support and respect they deserve.

The memorial service is a way for the BTLG community and its allies to be there for the surviving significant others during their time of grieving, thank them for their loved one's service, and remind them they are not alone.

One of the people being recognized this year is Capt. Thomas Araguz III, who was killed during an egg farm fire on July 4, 2010 in Wharton, TX.

Capt. Araguz was married to Nikki Araguz Loyd at the time, and his untimely death resulted in a now five year trans marriage legal fight percolating at the Texas Supreme Court level.

Judge Randy Clapp (R) voided her marriage after it came to light she was a transgender female, and she has been battling to have her rights reinstated as a widow and to recognize the marriage.

This memorial service is significant for her is because she is being publicly recognized as Capt. Araguz's widow at a memorial event for the first time. 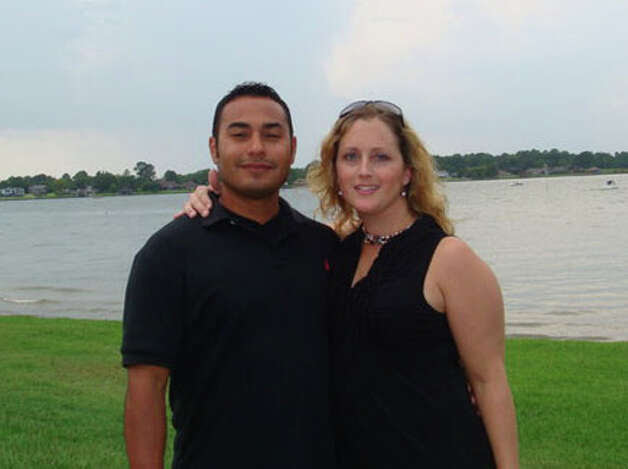 “I am honored to finally begin to be recognized as the widow of my firefighter, however, the event is bittersweet," says Araguz Loyd.

"Not only do I remember the day he died like it was yesterday, but also the pain of being treated so horribly in those following weeks and to still have to fight for the same rights every widow of a hero deserves.   I wasn’t able to choose his headstone and I am still arguing in courts to reinstate our marriage. We loved each other and I supported him through schooling to make his dreams come true. We were husband and wife; we even met and married in the church that would later ask me to not return. We as trans people have come a long way in regards to receiving acknowledgment of our existence, however we are still lacking the basic protections and rights every person deserves.”

For those of you in the Washington DC metro area who wish to attend, the service will start at 2 PM EDT at the Women In Military Service for America Memorial.   The memorial is at Arlington National Cemetery in Arlington, VA.
Posted by Monica Roberts at 2:30 PM