What We Has Here Is A Fauxgressive Failure To Communicate 3 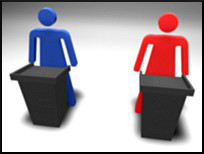 If you white transpeople (and cis people) wanna hate on drag queens, leave the inaccurate over the top 'it's just like blackface' rhetoric out of it.    That's appropriation of my people's history, disrespectful and not applicable.

Blackface was specifically designed to denigrate, demean and dehumanize African Americans, hence the name for the those performances that started in the 1830's.

I get it some of y'all have problems with drag queens and have a foaming at the mouth hatred for certain types of drag queens.   But just as you hate it when people consider all trans people the same, we have to be just as respectful of the fact that not all drag queens are monolithic in their behavior either.

I'm bringing up this point again because of something that unexpectedly blew up as I was innocently web surfing this morning..  I was reading a comment on Kelli Busey's FB feed concerning this DC Metroweekly article that caught my attention because of the hatin' on drag queens and inaccurately linking it to blackface.

If you read the original article, you'll note drag queens aren't even mentioned.. Now on to the fauxgressive fail.

Madisyn Barbosa I hate dragqueens. its blackface for transwomen. the only thing worse that dragqueens are transvestite fetish sick bastards

Monica Roberts ‎@Madisyn...Drag is NOT 'blackface for transwomen'....That's problematic for African American transpeople to mischaracterize it that way.

I messed up the comment I meant to post I immediately behind this one and deleted it for revision.  I wanted there to be no mistaking what I was about to say next in response to the double dip of fail. .

Madisyn Barbosa Okay so its twice as worse.

Mx Tam Pax Do drag kings mock transmen? Or is that something different?

Monica Roberts ‎@No Madisyn...That's your white privilege talking that ignores the painful history of blackface...it's not even close and you wouldn't be saying that BS if you were African American

Monica Roberts ‎@Madisyn...Explain in longer than a sentence, how drag is 'twice as 'worse than blackface'?

You know the old saying..give somebody enough rope and they'll hang themselves.  Here's where Madisyn begins to tie the noose and drape it around her neck..

***.
Madisyn Barbosa Im not white. im spaniard. shows how much you judge people by the color... tsk tsk stupid girl.

Drag queens do nothing but mock transwomen. dragqueens are a joke and by visual streotype assosiation make transwomen a joke as well. blackface mocks black people just like dragqueens mock us. i stopped going to gay clubs and dragshows long... ago because everyone asked when im performing. im a real person. im a real performer. im a professional bellydancer. i have real talent.since when does caking on clown makeup and lipsyncing to cher and beyonce become talent,its not. its pathetic. pick a damn gender already.

Monica Roberts ‎@Madisyn Spaniards are from a European nation, ergo they do exist and are considered white  So who's stupid now?

If you have issues with drag queens, then pull up the big girl panties and hate on them without incorrectly dragging my people's history into the mix

***
Madisyn starts going off the rails about now because it's clear I plucked a vanilla scented nerve...

***
Madisyn Barbosa Youre wrong. not white. take the race card out of yor ass and go show it to someone who cares. did i hurt your duct taped tucked pride? why dont you go lipsync your problems who doesnt think youre a joke. dont hate me becuase im a transwoman,hate me because you dont have the courage to be yourself so you have to crossdress for attention. im too skinny and fine to wear big girl panties...im perfect size 0.

Monica Roberts Blackface mocks, denigrates and dehumanizes a specific ethnic group...therefore it is inaccurate to say that a drag queen performance is 'just like blackface' when there are ranges of drag performances.

Madisyn Barbosa id be upset to if i had your face. but thats the way the world is...the unpassable will always hate on the beautiful...hate away monica hate away...prove me wrong....

Ambalika Williams Sounds like someone is completely ignorant in the drag subculture (queer theory lesson much needed here). Oh and a black history lesson would be wise too.

Madisyn Barbosa I dont need to know jackshit about dragculture or queer lessons im a straight girl. im better than that.

Before I had a chance to blast her on that one...Ambalika beat me to it.....

Ambalika Williams So ur homophobic and you like to talk about issues you don't know jack shit about. Plus you admit it. WOW! Much respect for admitting your total lack of knowledge.


Mx Tam Pax And yet lots of trans people have phases in their lives of exploring their gender in different communities and areas, including drag, cross-dressers, two-spirit, berdache, kathoey, hijra and queer communities.. Sounds like kicking ourselves overall this specific kind of transphobic hating..

Madisyn Barbosa All drag is a joke. i dont care what kind of performers they are. caking on clown makeup and lipsyncing is not performance nor talent. anyone can do it. dont think youre some kind of awesome because gayclubs make you feel like a celebrity when you have no actual talent.

Mx Tam Pax ‎*whoops too much info, y'all can google the terms above to find out more..

All you have to do is look at a census form and your own history. Latinos were considered and lumped in with whites until the 70's.

People in the Dominican Republic who hated their African roots emphasized their SPANISH lineage, not their African one...you can check out Henry Louis Gates' recent PBS show 'Black In Latin America' for that one.

And Madisyn, you're proving my initial point about your white privilege. Only those who wield it and bask in its vanilla scent walk around with the arrogance to presume that they don't have to learn anything about other cultures and can appropriate at will.

Monica Roberts ‎@Madisyn...trying to call a Black woman ugly because you are intellectually outgunned by her is another manifestation that you have white privilege....My suitors would dispute your less than scientific impression..

Mx Tam Pax bizarrely sounding like phrases used to beat on trans women now "you think you're a real woman, you're a freak, you're nothing special, you're just a gay man in a dress, you're a pervert wearing too much make-up..." which often leads to violent hate crime..

I'm going to skip down to the money post by Jami Ward....

‎"the unpassable will always hate on the beautiful..."
"im too skinny and fine to wear big girl panties...im perfect size 0"
"im a professional bellydancer. i have real talent"
"im a straight girl. im better than that"
"I dont need to know jack...shit "
"hate away monica hate away...prove me wrong"

Ummm...Madisyn? Based on your blurbs above, it would appear that you've done Monica's job for her.

***
Yep Jami, that she did..  As the old rap song goes, she played herself.  The more interesting part is that she's a cis woman spouting all that ish and more than proved my point about the WP she was wallowing in.

But it's just another day of Moni dealing with fauxgressives who don't have a clue, much less don't wanna have a clue.