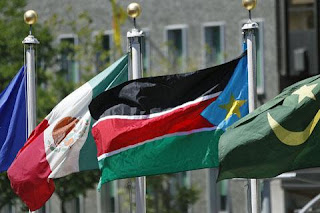 The Republic of South Sudan, which achieved independence on Saturday after a four decade long civil war and an overwhelming 99% January referendum vote in favor of it, became the 193rd member of the United Nations today

After a UN Security Council resolution on Wednesday  recommended the country for membership, the UN General Assembly in New York voted by acclamation to admit South Sudan.  .

UN Assembly President Joseph Deiss said it was a “historic and joyous moment.” 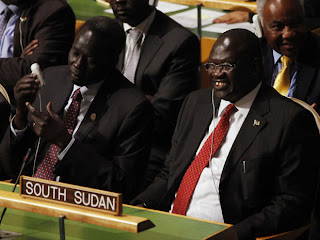 US Ambassador to the United Nations Dr. Susan Rice stated that "South Sudan has taken its rightful place among the community of sovereign nations after great suffering and unimaginable loss."

South Sudan Vice President Riek Machar vowed his country will be a responsible member of the international community and respect its obligations under international law.


It is the first new nation admitted into the United Nations since Montenegro joined in 2006.