Are Transpeople Less Than Human? 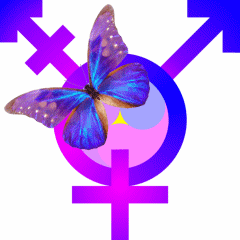 I have a question for all you haters out there inside and outside the trans community.   I've borrowed the language from a comment Rev. Al Sharpton said in his 2004 presidential run and substituted trans for 'gay and lesbian' to make it apropos for what I want to ask you.

I'll repeat it for you in case there was some cognitive malfunction in terms of comprehending the question.

Are you radical lesbian and cis feminists, gay and lesbian peeps, fundie Christians, fundie Muslims, male and female identified cis people of all ethnicities, conservatives, (Your group here) prepared to say that transpeople are less than human?    If you're not prepared to say that, then how do you  say that they should not have the same rights and human choices of anyone else?' 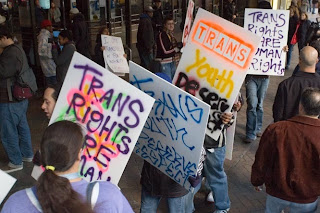 From where we sit and have observed, y'all certainly think and act like were less than human.

If your answer is no, then why are you denigrating and disrespecting us?   Why do you arrogantly presume you have the right to visit violence upon us or terminate our lives?  Why are you saying we can't marry the people that we love or doing everything in your power to invalidate our relationships?   Why are you actively working to block or kill the legislation we desperately need to enjoy the same human rights as you do?

Why are you in many cases saying that we shouldn't have the same human rights and choices as anyone else breathing oxygen on this planet?

News flash:  We aren't less than human.  We are part of the diverse mosaic of human life and you need to start wrapping your mind around the fact that like you we exist and aren't going anywhere.

And if you answered yes to that question, you are the one who is less than human.