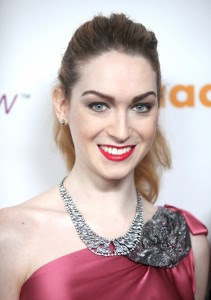 Remember when I wrote the post asking the question when would Hollywood start casting actual transpeople for the trans characters they create?    Well, it seems like that may finally be starting to happen, and that's a big deal.

I damned sure have done enough griping about it on this blog and elsewhere every time they screw it up or point out the fact that these Hollywood trans characters have been predominately melanin free. 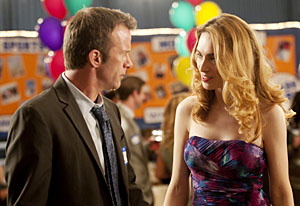 Jamie Clayton, who we last saw as one of the three hosts along with Laverne Cox and Nina Poon on the short lived VH1 reality series TRANSform Me, will be playing Kyla, a receptionist who hires Drecker for his sexual services after a rival anything goes gigolo starts cutting into his business and he has to consider going into the TBLG zone.

Hung creator Colette Burson also suggested in this problematic TV Guide interview that Kyla could be around as Drecker's girlfriend for the fourth season..

But the alarm bells are going off in terms of just how well the Hung writing team understands trans issues.

"When Thomas first got wind of Ray's new adventures, "the idea of kissing a man was not a comfortable one for him, but he did great," says creator Colette Burson..." 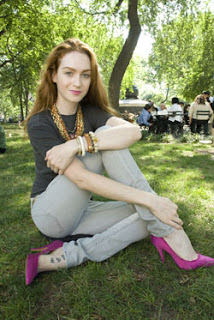 Um, Colette, a Trans 101 tip you need to know, file away for future reference and share with your writing team.   A transwoman is a WOMAN, irregardless of the genitalia between her legs.


While Jamie is ecstatic that her dream is coming true, she is cognizant of the importance of this role.  She told InTouch magazine in an exclusive interview, "I am really proud to have this opportunity and to show that transgender actors can play someone other than the hooker or the mistress. Kyla is a receptionist and a very interesting character."

But the problematic language coming out of the mouth of Burson that's quoted in the TV Guide interview has me concerned about how well they will handle it.

But like I am for any of our transpeeps that get to fulfill their dream, show the world their talents and break historic ground in the process, I'm happy for Jamie and will be tuned in when that episode comes on supposedly in the middle of the season. .