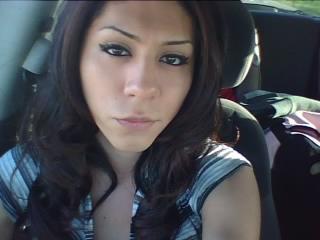 Three years ago on this date we were beginning to hear the news about a young Latina transwoman named Angie Zapata who was found dead in her apartment in Greeley, CO.     My first report here at TransGriot about it was in conjunction with my rant about the jacked up media coverage misgendering her.

Allen Andrade, the waste of DNA who committed the crime was later arrested, tried and convicted in a trial that was televised around the nation courtesy of TruTV.   Thanks to Crystal Ann Gray, I was blessed to have her reports on the progress of the trial.

Even as we were witnessing this historic trial, indicators that we still had a long way to go in terms of educating the public about the reality of our lives still persisted because I had to call out legal commentator Gwendolyn Lindsay-Jackson for referring to Angie as 'it'.


But while Allen Andrade is now locked up in a Colorado prison getting 'three hots and a cot' for the rest of his life, Angie's family and all who loved her are having to deal with the void in their lives because she's not here.  The rest of us are left to wonder what kind of contributions would she have made to society if she was still around?


And sadly, we're still having to light candles for our transpeeps every November because somebody hates them and all of us for who we are.