Another Transsistah Killed In DC 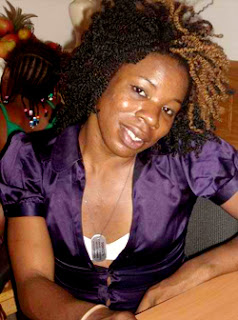 We are rapidly approaching the sad anniversaries of the deaths of Tyra Hunter on August 7, 1995, Stephanie Thomas and Ukea Davis on August 12, 2002 and Tyli'a Mack on August 26, 2009

Tyra, Stephanie and Ukea all died at the same 50th and C Street SE DC corner in different ways.    Tyli'a was stabbed to death at 209 Q St NW in broad daylight then disrespected later in the media.

It's my sad duty to report to you the death of another DC transwoman.

Her name was Lashai Mclean and she was 23 years old.    Earlier this morning she was shot and killed in the 6100 block of Dix Street NE.   It's in the same neighborhood where the Wanda Alston house, the home for TBLG youth in the Washington DC area is located.

According to a Washington MPD press release reported in the Metro Weekly story by Yusef Najafi, members of the Sixth District station responded to a reported shooting at 4:26 AM EDT.

"Upon arrival on the scene, they found a victim suffering from an apparent gunshot wound. D.C. Fire and Emergency Medical Services personnel transported the victim to a local hospital where the victim was pronounced dead."


It continues the infuriating pattern of 70% of anti-trans murders being POC's.   I'm also noting that the transpeople getting killed are progressively younger, although I don't have any hard numbers to back that up yet.

But the bottom line is that we have lost another young transwoman.  Her life was snuffed out by assailants unknown before she even had a chance to live that life.

And I'm tired of it.