It's Easy Being A Woman? Yeah, Right 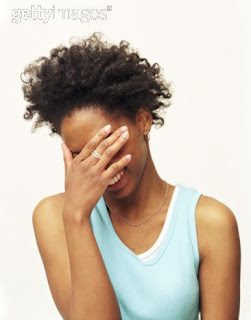 How many times have you heard some testosterone based lifeform part his lips to say it's easy being a woman?

If some of you were magically swapped into a feminine body, I doubt some of you parting your lips to utter that comment would last 24 hours if you had to confront the challenges women put up with.

And no, I'm not just talking about the obvious physiological ones.


Just for starters, let's begin with confronting all the isms that we have to deal with while navigating life as an estrogen based lifeform.   There's dealing with being a moving target for sexual assault and violence.  Women being considered less intelligent than the male species.

And yeah, even the decisions we have to make just getting dressed for the day.

Don't even get me started talking about the additional drama women of color and transwomen have to put up with.   In addition to all the challenges of growing up female in a male dominated society, we also have to deal with racism, internal group dynamics and expectations for us and a beauty standard that isn't designed with women of color in mind.

As for us transwomen, it doesn't get any more difficult than trying to become the women we are while starting with the problem of being in a mismatched body.   Let's not forget having our evolution to womanhood denigrated, disrespected and resisted by family, society, and misguided people who are willing to use whatever means necessary up to and including violence to keep it from happening.   Magnify that drama tenfold as a transwoman of color.

So no, it's not easy being an estrogen based lifeform.  For those of us who are, we wouldn't have it any other way.