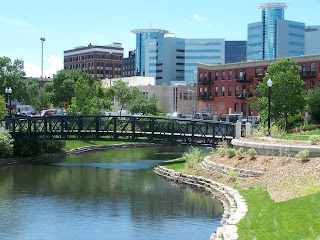 Congratulations to the folks in Kalamazoo, MI, whose City Commission unanimously voted on June 29 to expand legal protections for gays, lesbians and transgender citizens in the Zoo.

According to the Kalamazoo Gazette, the new law is set to take effect July 9. It would make it a city infraction punishable by up to a $500 fine to discriminate against people because of their sexual preferences or gender identification in housing, employment or access to public accommodations.

Now comes the hard part. Defending the law you just got passed from the Forces of Intolerance. The haters are already organizing to kill the nascent law.

A group calling itself the Kalamazoo Citizens Voting No to Special Rights Discrimination announced they would begin circulating petitions seeking a November referendum on the City Commission's second attempt to outlaw employment, housing and public-accommodation discrimination based on sexual orientation.

Under the Kalamazoo City Charter, petitions challenging a commission decision must be filed within 20 days of the law's effective date to either force the commission to rescind its decision or send the issue to a general-election ballot.

The haters must gather 1,274 signatures on petitions opposing the new ordinance or the new law will take effect July 9.

July 29 is the deadline for filing petitions to challenge the ordinance.

If they are successful in doing so and the signatures are verified as valid by City Clerk Scott Borling, the unanimous vote and implementation of the new ordinance would be suspended. The commission at its next meeting would either have to rescind the ordinance or call a ballot question.

August 25 is the deadline for submitting issues to appear on the November ballot.

A similar measure originally proposed by the Kalamazoo Alliance for Equality, was adopted in December 2008 after little public opposition.

The critics, aided by the American Family Association of Michigan, gathered more than 1,400 signatures in the 20 days after the measure's adoption which forced the commission to revisit the issue in January.

The commission decided to rescind the original ordinance but named a three-member committee to gather public responses and craft a compromise measure to bring back to the commission.

The new measure was preceded by two hours of commentary from both sides of the issues before the unanimous vote.

The haters are already test driving new weasel words and Orwellian language in anticipation of a November referendum. 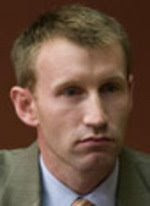 Charles Ybema, a spokesman for Kalamazoo Citizens Voting No to Special Rights Discrimination, said the ordinance lays the groundwork for "reverse discrimination" and "suppressing information."

"Job openings or available housing are not going to be advertised," Ybema said. "This entrenches the 'Who do you know?' phenomena. There are concerns about the rights of freedom of speech and religion. ... There are still public-restroom issues."

American Civil Liberties Union activist and Kalamazoo attorney James Rodbard said added protections for gays and lesbians are "good for business" and show the city is a place where employees are "supported and protected."

"If this does get put to a (referendum) vote, I can assure you this community will have your back and will vote to support it," Rodbard said

What bodes well if this comes down to a vote is that the city is home to Western Michigan University. If the pro-rights forces can get the student population along with the fair minded population organized and motivated to vote, the Forces of Intolerance will lose like they did in Gainesville, FL.
Posted by Monica Roberts at 11:10 AM