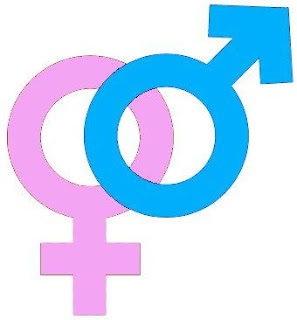 It's been a hot topic lately on some transgender blogs, so it's time for me to weigh in with my thoughts on the word 'cisgender'.

So what is 'cisgender'?

It's a term coined around 1994 by Dutch transman Carl Buijs that refers to the alignment of gender identity with your physical body.

In other words, it is the opposite of transgender, in which there is a mismatch between your body and the gender identity housed in your brain.

So why do some peeps have a problem with it?

I believe the people having a problem with the word are wallowing in unacknowledged cisgender privilege. They are taken aback that there is a trans community term coined by trans people to describe them.

That throws them for a loop and they get upset because in their minds, they are the 'normal' people and as such, are the only people who get to define 'others', not the other way around. 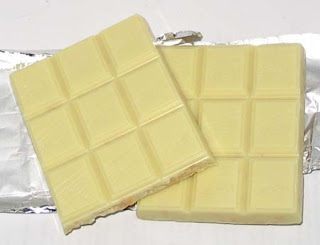 Shoot, all you have to do is look at the comment fields on my Bilerico posts and elsewhere around the Net to see how many peeps get upset and call me 'racist' over the 'vanilla flavored privileged' term I used to describe white privilege.

Come to think of it, they call me 'racist' anytime I criticize the underlying structural assumptions that buttress whiteness.

But getting back to our current discussion.

Cisgender is a neutral term that doesn't have the negative accumulated baggage of being used to 'other' or used as a rallying cry by the Forces of Intolerance to oppress someone's human rights rights like trans has. 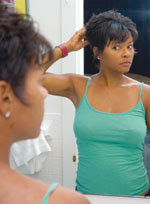 I repeat, cisgender means your body and the gender identity housed between your ears is comfortably aligned, nothing more, nothing less.

It means that from the time you were born until this point today in your lives, you were not only comfortable in your gender identity-body matchup, you are comfortable with the societal gender role you perform based on that body to the point that you hardly ever think about it.

If we're going to make the point that being transgender is an everyday biological/medical/social condition, we had to have some word in the vocabulary that describes most of the people walking Planet Earth who are not trans.

It's the same concept that underpins why gay people call non-gays 'straight'.

So why are y'all tripping, cisgender people? Cisgender isn't an insult.

I have to say I agree with you. I'm not sure why people are getting up with the term cisgendered. I'm not offended by being identified as cisgendered or straight. It's just a fact.

It should be a neutrally descriptive term, but then so should transgender. It says volumes about the underlying issues that someone has with transfolk when they are offended by being called cisgender. You hit the nail on the head with that one.

I came across the term for the first time last month - and I was wonder,"what???" There could yet be a more elegant word, but for now, I'm fine with it.

Congrats sis on your nomination too! You deserve to win!!!

I'm cisgender, and I never understood what the big problem with the word is. It's just a neutral word. It expresses a fact. I've gotten in tons of arguments about why it needs to be a necessary word, and it's so bothersome to hear people claim it's an insult.

Great point drawing the parallel between "straight" and "cisgender." I think I'll use that in the future.

I'm a newcomer to this blog, and I love it. I have been looking for a TWOC blog for some time now and really enjoy the site!

I don't get the issues with "cis," either--then again, I'm a chemist. I don't find it offensive, and it's helped me discuss certain issues more clearly with my trans friends.

It looks like the folks crying up a storm at PHB have issues with the idea that they are privileged, especially some cis gay people who may not be used to thinking in a very intersectional way. They're used to being The Oppressed Ones. Maybe their reaction is more a sign of the way some people straight up vilify privileged folks. So they don't like the way the shoe fits, basically.

Maybe a tad off topic, but Monica said:

"...you are comfortable with the societal gender role you perform based on that body to the point that you hardly ever think about it."

I see what you are saying, but is this really true of cis feminists?

Was the term transsexual coined by transsexual people? No, but many of us embrace the term anyway because it was not intended as a slur. Cissexual people don't have to embrace the term, but they shouldn't claim that it's a slur because it's not. And quite frankly, until a person stops saying "shemale" as if it weren't an offensive term shoved on us in order to create a specific negative image of us, ze has no place complaining about anything we say about zir.