Trans Girl Wins Her Fight With A DoDEA Superintendent Sometimes the worst bullies that transgender kids face are not their fellow classmates, but school administrators and legislators. We had an example of that surface recently from Germany.

Blue is the trans daughter of an Air Force active duty father serving at Ramstein Air Base.  The 11 year old fifth grader came out as trans during the summer and has been accepted by her parents, fellow students and administrators at Ramstein Intermediate School, one of the four schools on the base administered by the Department of Defense Education Activity (DoDEA) 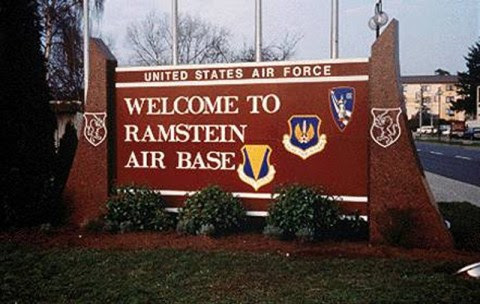 She had been given approval to use the bathroom and locker facilities that match her gender presentation by the principal of the school, but that decision was overruled by Liz Dunham, the superintendent of the Bavaria district of the DoDEA.

Dunham told Blue's parents she would either have to use the boys bathroom or a single stall one several flights of floors below her classroom.   When Blue's parents pointed out that there were four other trans students on the base , Dunham according to Blue's mother Jess reportedly didn't care.

Well, Secretary of Defense Ash Carter did care.   So did Ashley Broadway-Mack, the president of the American Military Partner Association who blasted Dunham's trans oppressive attitude.


"All students, regardless of their gender identity, deserve to be able to go to school in an environment free from discrimination and harassment. The Department of Defense school system is currently observing October as National Bullying Prevention Month, yet this superintendent has unacceptably chosen to single out and discriminate against a student because of her gender identity. Transgender youth already face high rates of marginalization, bullying, and harassment, and we urge the Director of the Department of Defense Education Activity, Mr. Thomas Brady, to immediately step in and correct this unconscionable decision."

And never underestimate or piss off a Mama Bear.

Dunham's decision was overruled, and Blue and all trans students in DoDEA schools will be able to use the bathrooms and facilities that match their gender presentation.

That's supposed to happen tomorrow.   We'll see if it does for Blue and all trans students in those schools and across the DoDEA system.
Posted by Monica Roberts at 12:00 AM