Live from the University of Nevada Las Vegas campus later tonight, it's the final 2016 presidential debate between Sec. Hillary Clinton and Donald Trump. 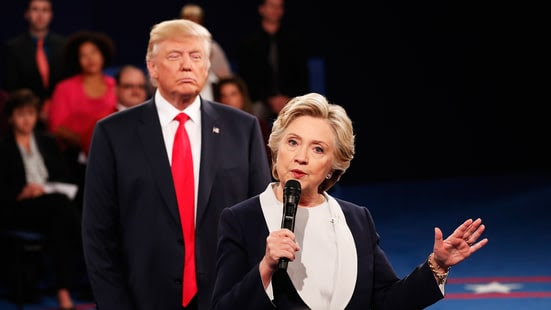 The first two debates at Hofstra and Washington University were resounding Clinton wins, and the unforced errors by Trump didn't hurt.

She goes into this one seeking to not only sweep the debates but in this battleground state throw the knockout punch in a critical presidential race that is increasingly trending in her favor and in which much of the country is already early voting in advance of November 8.

And I'll be doing so when early voting starts on October 24 in Texas, in which a Democrat has their best chance of winning this state since 1976 when Jimmy Carter carried the Lone Star State.

The debate is scheduled to cover in the six 15 minute segments Debt and Entitlements, Immigration, The economy, the Supreme Court, Foreign hot spots, and fitness to be president

What I'm skeptical about for this final debate is how much policy will be discussed.

What I am skeptical of is the moderator will be Chris Wallace from FOX Noise.  It will be the first time someone from FOX has been tapped to moderate a debate, and he raised some eyebrows when he said his job wasn't to fact check the candidates, then quickly recanted on that.

He also has a troubling history of making sexist comments and remarks himself.

And I disagree.  Part of your job as moderator when one candidate has a demonstrated history of non-stop lying is to call lies out, and lets see how well Wallace does in doing so and keeping things moving.