It's A Debate Sweep For Clinton

The final debate was in Las Vegas last night, and once again it was another win for President Secretary Hillary Clinton in which she decisively spanked that behind once again.

Trump came out swinging, but once again proved once again he didn't have the stamina or command of policy to hang with Clinton

And when Trump didn't have an answer to a policy question, he did what he always does: lie, deflect and stall to avoid answering it, and when that didn't work, launched false attacks of Clinton 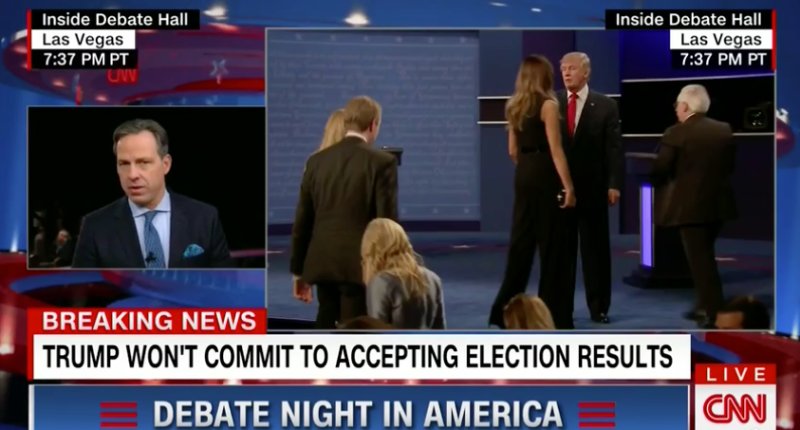 Secretary Clinton talked about this on her campaign plane.

Once again the polls have spoken and backed up what I observed by overwhelmingly stating she won.   I agree.  Another win for Secretary Clinton 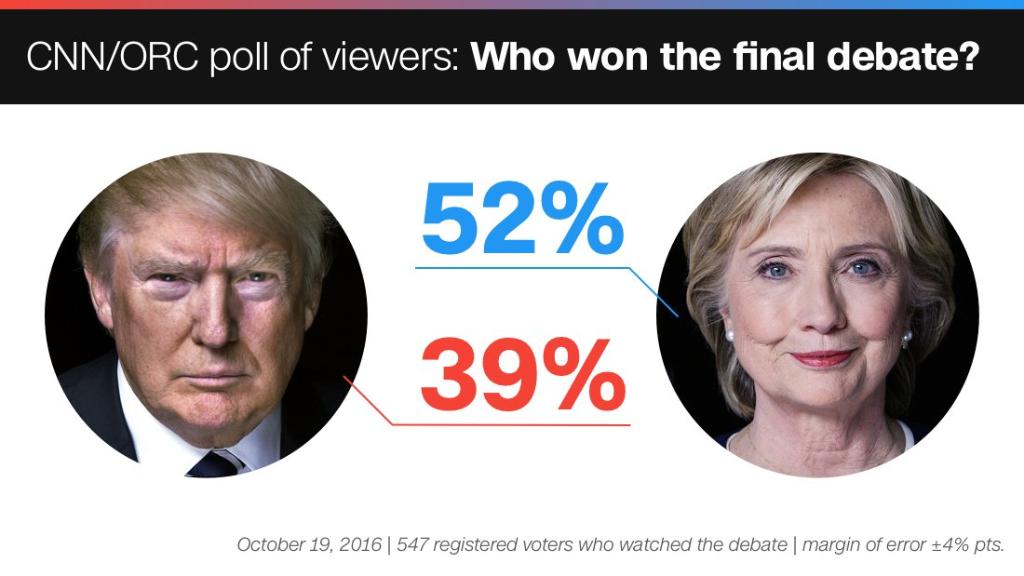 Hopefully the debate sweep results in an resounding electoral college win on November 8
Posted by Monica Roberts at 2:00 AM