I always love it when I get a chance to come back to my alma mater for panel discussions, and tomorrow I'll on the UH campus taking part in one sponsored by the University of Houston College of Social Work, Texas Rising UH/ Texas Freedom Network and the UH LGBTQ Resource Center.

It's the middle portion of a series of events focusing on LGBTQ issues and intersectionality, with a screening of the documentary The New Black closing it out on October 11.

It opened with a September 27 event discussing 'Gender Identity and Social Justice' that featured Dr Colt Keo-Meier and Becca Keo-Meier.

The panel discussion I'll be a part of is entitled 'The Battle For LGBTQ Non Discrimination Policy', and includes Houston GLBT Caucus President Fran Watson, Brad Pritchett of the ACLU of Texas, and Caucus vice president and advocate Michael Webb .

We'll be talking about the fight for LGBTQ inclusive policies, the pushback against them, and what we can expect when the 85th Texas Legislative session starts in Austin in January. 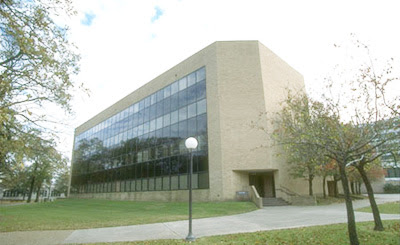 It will be in Room 110J the UH College of Social Work building next door to Agnes Arnold Hall, and I'm looking forward to seeing as many people as possible there for this discussion.