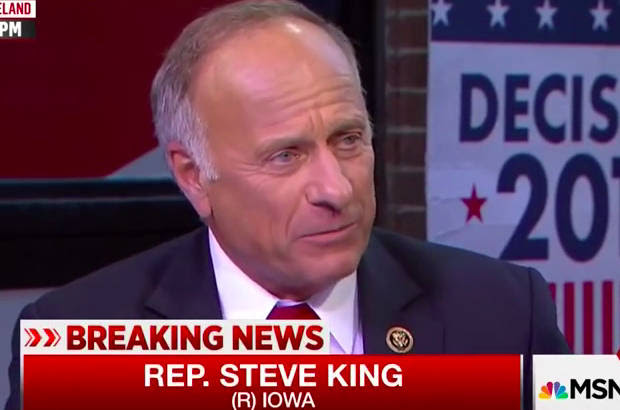 While Melania Trump is justifiably being dragged by Twitter for plagiarizing First Lady Michelle Obama's 2008 speech, need to direct your attention to much more egregious commentary made earlier in the day by a longtime TransGriot SUF Awards contender in Rep. Steve King (R-IA)

I can't stand King because of his long history racist remarks, but yesterday he went too far during an MSNBC interview in which he must have been reading Mein Kampf before he went on air

Benjamin Banneker not only built the first clock in the Americas, he published an almanac for over a decade and helped do the surveys that laid out Washington D.C.

So naw fool, your ignorant racist behind doesn't even need to try to go there
Posted by Monica Roberts at 10:30 AM