Today was semifinal day for the'Williams'-don ladies singles tournament, and my fave tennis playing siblings were at Centre Court playing for their first all Williams singles final since 2009.

Serena quickly dispatched Russia's Elena Vesnina in straight sets 6-2, 6-2 to make it to her third consecutive Grand Slam final this year and set up an opportunity to win her seventh Wimbledon title and 22nd career Gland Slam title win.

However, eight seeded  Big Sis didn't get to join Little Sis in the Wimbledon ladies singles final.  She unfortunately lost to fifth seeded German Angelique Kerber 4-6, 4-6 and fall just short of the opportunity to win her sixth Wimbledon title.

It is Kerber, who upset Serena in the 2016 Australian Open final that will face Little Sis on Saturday.

Big Sis' London business trip isn't over yet.  She and Serena are still in contention for their first Wimbledon doubles crown since 2012 and their 15th Grand Slam title.

They headed over to Court No. 2 and knocked off the number 4 doubles seeds Elena Vesnina and Ekaterina Makarova in three sets 7-6 (7-1), 4-6, 6-2 to punch their ticket to the ladies doubles semifinals 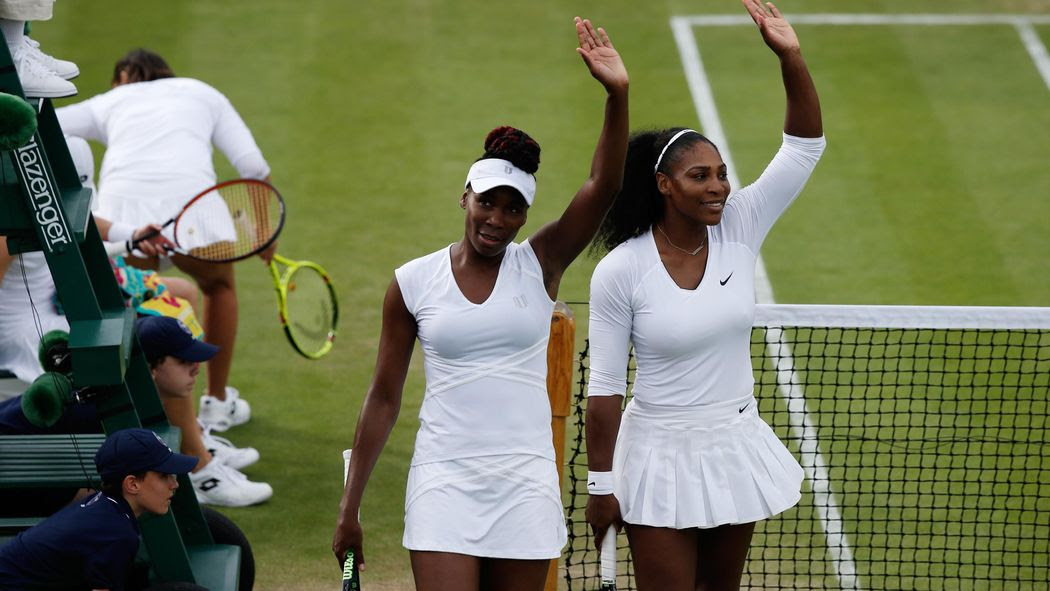 The Williams sisters will take on the 8th seeded doubles duo of Julia Gorges of Germany and Karolina Pliskova of the Czech Republic with a spot in the doubles final on the line.

Should they handle their business tomorrow, they will face in the finals the winner of the Timea Babos/Yaroslava Shvedova - Raquel Atawo/Abigail Spears match

ButThe fifth seeded Babos and Shvedova knocked off the number one seeds and defending Wimbledon doubles champs Martina Hingis and Sania Mirza 6-2, 6-4 in straight sets to take on the 10th seeded American duo.

We'll see what happens tomorrow in  the ladies doubles action and on Saturday at Centre Court.
Posted by Monica Roberts at 1:30 PM