Today would have been the 65th birthday of trans human rights icon Sylvia Rivera had we not lost her to cancer back in 2002.   At the time she died she was in her hospital bed fighting for trans inclusion in a SONDA bill that NY trans people were eventually cut out of, and my New York State trans cousins are still waiting over a decade later for legislative coverage for their human rights.

If Sylvia were alive today (I met her in May 2000), she'd probably not only be marveling at the progress we've made since 2002, she'd still be raising hell about getting cut out of SONDA, and the repeated stalling of the Republican controlled NY Senate to pass GENDA. She'd still have no love for the Human Rights Campaign, anti- trans attitudes in the lesbian and gay community and LBJ because of the Vietnam War.

We agreed to disagree on that last one..

She'd probably be displeased about the attacks on our humanity by Republican politicians, our youth being bullied and the high suicide rates, and the lack of trans specific services available. 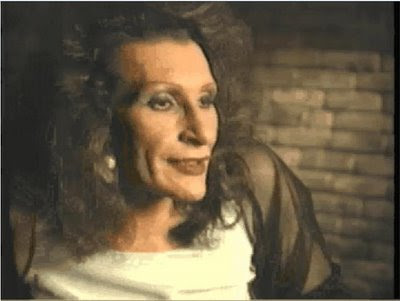 But what Sylvia probably would be happy about is trans people lobbying our government at the local, state and federal level and working to get elected to public office.  She'd be happy about the progress we've made in terms of the 17 states and the District of Columbia that do protect trans rights and President Obama being the most trans rights friendly president of our lifetime to the point trans people are working in his administration..

She'd also be pleased about trans kids being able to transition, having the support of their parents, and in some cases being the frontline human rights warriors fighting for all our rights..

And I know she'd be happy about the increasing diversity of our community and seeing our stories told in documentaries, on television and the silver screen.

Happy 65th birthday Sylvia, you are missed, but we're not quieting down.  We're telling our stories, we're fighting for our rights, and we're not going to stop until human rights for the transgender community is a reality.