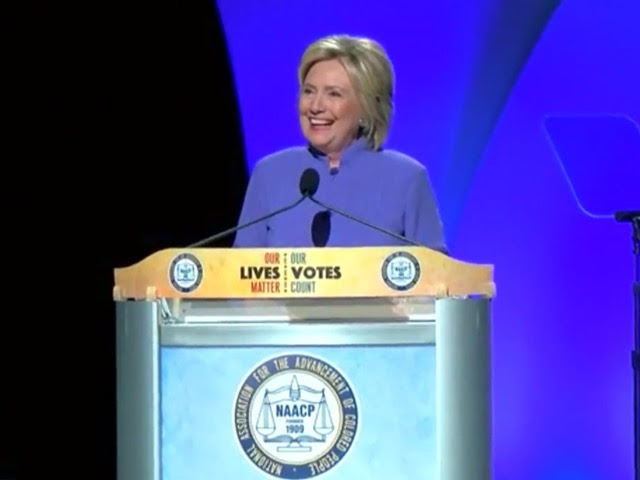 Lost in all the news of the opening of the RNC convention is the fact that 250 miles away on the southern end of Ohio, the 107th NAACP National Convention is taking place at the Duke Energy Center in Cincinnati.

As per tradition, both the Democratic and Republican presidential candidates were invited to speak to the NAACP convention delegates, with Sec. Hillary Clinton accepting her invitation to do so while Donald Trump declined.

Then again, if I sucked as bad on issues of importance to African Americans, had been saying racist crap for decades and my presidential race poll numbers were worse than Romney's, I'd be finding any excuse NOT to speak to 'The Blacks' either or put myself in a position to be called on it.