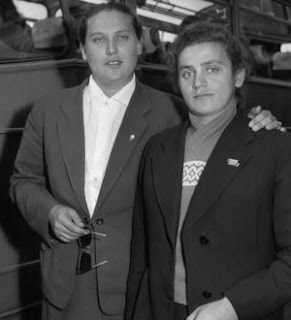 Since we are a few months from the start of the 2012 London Olympic Games, thought I do a few posts about the gender controversies that have cropped up in past ones.

I talked about the 1936 Berlin Games in which there was gender drama on two fronts.  Nazi Germany passed off Hermann Ratjen as Dora Ratjen in order to boost their medal count and the 'That's a Man' shade that Stella Walsh threw at Helen Stephens after she beat her for the 100m gold medal and smashed her world record in the process.

The 1936 Games weren't the only ones to have a gender related controversy.  In the 1960 Olympics in Rome and the 1964 Olympics in Tokyo the gender suspicion spotlight was on the Soviet Union's golden siblings Tamara and Irina Press.

The Press sisters were dominant in the international track world at the time.  They set 26 world records between them and harvested a pile of medals for the Soviet Union from the late 50's until they both mysteriously retired from international competition before the 1966 European Championships under a cloud of suspicion. 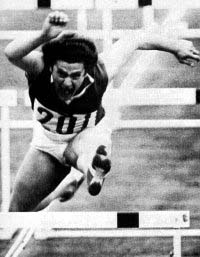 Tamara Natanovna Press (born May 10, 1937) and her younger sibling Irina Natanovna Press (born March 10, 1939) were both born in Kharkiv in the Ukraine to Jewish parents.  While their father died during the war, they and their mother survived the Nazi invasion of the Soviet Union during World War II and the four separate battles fought by the Wehrmacht and Red Army to take and retake the city between 1941-1943.

After the war the Press sisters studied at the University of Leningrad and displayed their athletic prowess.  Tamara excelled in the discus and shot put while Irina was a hurdler and pentathlete.

Both made their international athletic debuts at the 1958 European Championships in Stockholm, Sweden.with Tamara being more successful, winning gold in the discus and a bronze in the shot put.

At the 1960 Olympics in Rome the Press sisters became the first siblings to win gold medals in the same Olympiad when Irina equaled the then 10.6 second Olympic record in her 80m hurdle semifinal heat and then took gold in the final.  Tamara claimed a silver in the discus and then added the gold in the shot put in an Olympic record distance of 17.32 m (56 feet 10 inches).  A week after the Olympics concluded Tamara broke the world record in the discus with a 57.15 m toss (187 feet 6.5 inches) 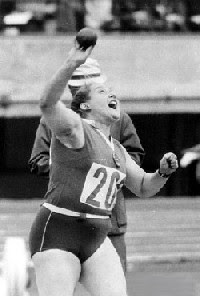 Tamara added 1961 and 1963 Universiade (World University Games) golds in the discus and 1962 European Championships gold medals to the Press family chest in the shot put and discus throw as both sisters continued to dominate their respective events and set world records.

Tamara stepped up her performance another level at the 1964 Tokyo Games. She not only grabbed the gold medal in the discus that eluded her in Rome with an Olympic record 57.27 m (187 feet 10.inches) throw, she repeated as the Olympic shot put champion with a golden  18.14 m (59 feet 6.35 inches) effort.

Irina narrowly missed defending her title in the 80m hurdles finishing fourth behind the other three medalists, challenged her older sister in the shot put and finished sixth but won the inaugural women's Olympic pentathlon gold by 200 points.   She broke her own pentathlon points world record in the process as the Press siblings repeated their golden sister act for the second consecutive Olympiad.

But as the world records and medals continued to pile up for the Press siblings the whispers and rumors kept growing.  They were sarcastically misgendered as 'The Press Brothers' in the Western media and behind their backs. The rumors and speculation persisted that their record setting performances were fueled by male hormones. 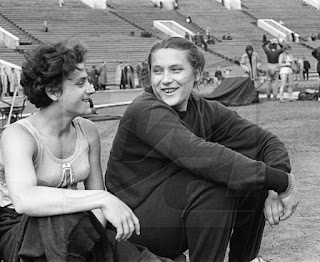 The gender speculation about the Press sisters ranged from them being 'masculine looking' women to intersex to actually being genetic males.

When the loudly increasing rumors of alleged cheating by the Press siblings and other Eastern Bloc athletes became deafening, the IAAF responded by mandating women competitors be gender tested for all international events starting with the 1966 European championships taking place in Budapest, Hungary that August.

Surprisingly, the Press sisters announced their retirement from international competition weeks before that event.  The Soviets cited the reason for their retirement was needing to go back to Kharkiv to take care of their ailing mother, but the Western media skeptically thought it was very interesting timing. 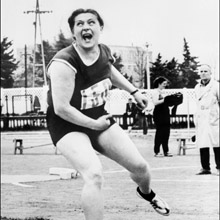 The skepticism was ossified by the fact the Press siblings never entered international competitions again, were never tested and the questions that were left unanswered by their abrupt retirement in 1966 have continued to fuel further speculation to this day.  The Press siblings however remained popular sporting figures in the Soviet Union.

As to what happened to the Olympic champion siblings?  Irina joined the KGB and was assigned to the Border Guards while Tamara became a civil engineer who wrote several books.  Tamara Press is still alive while her sister Irina died in 2004.

But whatever the gender mystery is involving the Press siblings, it looks like those secrets will go to the grave with both of them.