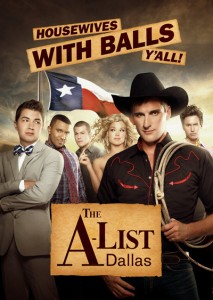 I already have a longstanding distaste of conservafools, and the ones  that are even more odious are the knee-grow variety and the pink Log Cabin-GOProud ones.

Every time they open their mouths to parrot the same talking points that Rush, unKKKle Pat Buchanan and Fox Noise regurgitate or say something bigoted and stupid it only ossifies that dislike and why I continue to be a liberal progressive straight Democratic ticket voter.

Had my fellow blogger Daniel Williams of Houstini.com e-mail me this link from The Daily Caller interviewing Lone Star conservafool consultant Taylor Garrett, who is part of the cast of a LOGO reality series called The A-List Dallas.

The comment thread was just as foul.   But back to playing Whack A Conservamole.

Garrett claims he was attacked outside a Dallas party for his association with Ann Coulter, and then added this jacked up comment to the interview.


"The Democrats want me to live on their plantation as their slave, because I’m a gay person,” he said. “And I refuse to do that.”

Oh really, Taylor?   Wonder where you got that fracked up 20th century idea from?   You ain't Herman Cain or Allen West.

Black people are beyond sick and tired of hearing that ancient bull feces come out of the mouths of cookie-chomping knee-grow conservafools like Cain and others attempting (and failing) to spin the fact that the Republicans long political war against Black people is responsible for the 85-90% support the Democrats enjoy amongst African-Americans today.

The last words that need to be coming out of your vanilla scented privileged mouth are any jacked up appropriated references from Black conservafools to slaves or plantations. 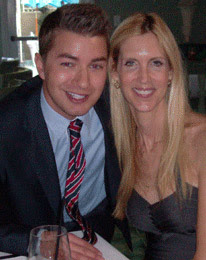 So riddle me this, Taylor.  What exactly has the GOP done affirmatively for the GLBT community to advance its human rights that would warrant the community to give its political support and precious votes to Republicans who oppress them at every opportunity?

Let me break it down on just one rainbow community issue for you in terms of the DADT repeal vote.  It went 57-43 to repeal DADT in the Democratically controlled Senate last year, with 57 Democrats voting in favor of it.

How many Republicans did so?   ZERO

So once again, why should I as a proud African descended transperson waste my vote or my time with a party that openly hates me and the communities I inhabit?

Conservatism as a political philosophy has repeatedly and historically shown itself to only benefit one ethnic group and the wealthy.  It is hostile to the political aspirations, expansion of human rights and desires of non-whites and working class people for economic justice and a fairer society.

Conservatism is not conducive to advancing the human rights struggles of marginalized groups like the BTLG community because it seeks to keep the problematic status quo in place.

Taylor, until you stop hanging out with the oppressors, you and your Log Cabin-GOProud buddies can stay over there on your Republican plantation bucking for the promotions you seek to become overseers on it and will never get.