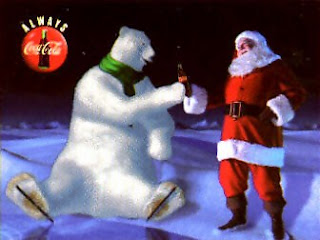 The Coca-Cola polar bears have been an iconic part of the Christmas holidays and the company's holiday advertising since 1922.

They were even the inspiration for a nickname I bestowed on one of my dear friends back in Da Ville during the 2002 Christmas holidays because of his by the 2 liter sized bottle love of Diet Coke.

The nickname I bestowed upon him stuck and he embraced to the point that he had a polar bear themed wedding cake a few years later.

But polar bears are an endangered species because of the effects of human encroachment and global warming induced changes to their Arctic habitat.   The summer sea ice they and other Arctic ice dependent species is disappearing at a faster rate due to global warming and may be gone within a generation 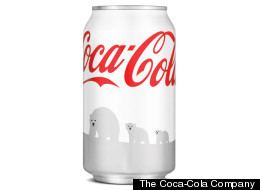 To address this challenge, WWF seeks to work with local indigenous people and governments to create the most appropriate management plan for an area in Canada and Greenland that is home to a natural “safety net” of ice which scientists believe may persist longer than the ice anywhere else.  They are referring to this approximately 500,000 square mile area that is double the size of Texas as the “Last Ice Area.” 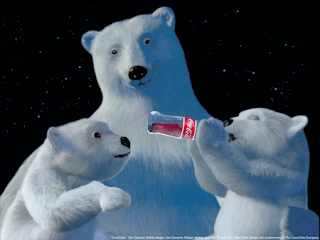 As part of that awareness raising effort 1.4 billion white Coke cans were produced for the first time in company history along with white bottle caps for other Coke products such as Diet Coke and Sprite.  They began to be distributed for the holiday season on November 1 and should probably be on your local store shelves as I write this through February..

If you text the product code on those white cans and bottle caps with a donation to the WWF, Coca-Cola will match up to $1 million of those donations through March 15, 2012