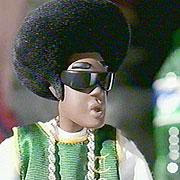 The unjust Massachusetts Trans Rights Bill without public accommodations language passed the Massachusetts Legislature Wednesday.  If the bill is signed by Gov. Deval Patrick it will take effect on July 1, 2012.

It's being hailed as a victory for 'equality' and 'fairness' by Gay, Inc.orgs and their apologists.

Normally when a trans rights bill on a statewide or any level passes I'm ecstatic about it.

But not in this case.

You can bet when GL activists in Massachusetts passed a bill 22 years ago for themselves they damned sure didn't cut the PA language out of it.that covers Rep. Barney Frank, Rachel Maddow and every other GLB person in the commonwealth. .


Ahem, from the Massachusetts State Legislature website, Section 92A: 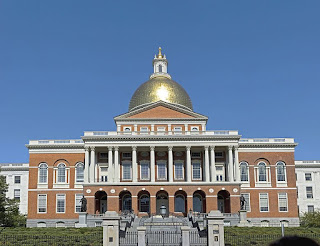 No owner, lessee, proprietor, manager, superintendent, agent or employee of any place of public accommodation, resort or amusement shall, directly or indirectly, by himself or another, publish, issue, circulate, distribute or display, or cause to be published, issued, circulated, distributed or displayed, in any way, any advertisement, circular, folder, book, pamphlet, written or painted or printed notice or sign, of any kind or description, intended to discriminate against or actually discriminating against persons of any religious sect, creed, class, race, color, denomination, sex, sexual orientation, which shall not include persons whose sexual orientation involves minor children as the sex object, nationality, or because of deafness or blindness, or any physical or mental disability, in the full enjoyment of the accommodations, advantages, facilities or privileges offered to the general public by such places of public accommodation, resort or amusement.

A place of public accommodation, resort or amusement within the meaning hereof shall be defined as and shall be deemed to include any place, whether licensed or unlicensed, which is open to and accepts or solicits the patronage of the general public and, without limiting the generality of this definition, whether or not it be (1) an inn, tavern, hotel, shelter, roadhouse, motel, trailer camp or resort for transient or permanent guests or patrons seeking housing or lodging, food, drink, entertainment, health, recreation or rest; (2) a carrier, conveyance or elevator for the transportation of persons, whether operated on land, water or in the air, and the stations, terminals and facilities appurtenant thereto; (3) a gas station, garage, retail store or establishment, including those dispensing personal services; (4) a restaurant, bar or eating place, where food, beverages, confections or their derivatives are sold for consumption on or off the premises; (5) a rest room, barber shop, beauty parlor, bathhouse, seashore facilities or swimming pool, except such rest room, bathhouse or seashore facility as may be segregated on the basis of sex; (6) a boardwalk or other public highway; (7) an auditorium, theatre, music hall, meeting place or hall, including the common halls of buildings; (8) a place of public amusement, recreation, sport, exercise or entertainment; (9) a public library, museum or planetarium; or (10) a hospital, dispensary or clinic operating for profit; provided, however, that with regard to the prohibition on sex discrimination, this section shall not apply to a place of exercise for the exclusive use of persons of the same sex which is a bona fide fitness facility established for the sole purpose of promoting and maintaining physical and mental health through physical exercise and instruction, if such facility does not receive funds from a government source, nor to any corporation or entity authorized, created or chartered by federal law for the express purpose of promoting the health, social, educational vocational, and character development of a single sex; provided, further, that with regard to the prohibition of sex discrimination, those establishments which rent rooms on a temporary or permanent basis for the exclusive use of persons of the same sex shall not be considered places of public accommodation and shall not apply to any other part of such an establishment.

Any person who shall violate any provision of this section, or who shall aid in or incite, cause or bring about, in whole or in part, such a violation shall be punished by a fine of not more than one hundred dollars, or by imprisonment for not more than thirty days, or both.


MTPC claims they will push for the missing in civil rights action PA language in 2013, but you had Democratic supermajorities in the Massachusetts House and Senate and a Democratic governor willing to sign a bill in 2011. You should have done so this year with an election looming in 2012 .  But you caved.

So congratulations* Massachusetts on your no prize winning hollow trans rights victory.

The truth hurts doesn't it?  This is a bad bill without the public accommodations language in it.  Even the sponsor of it is bothered about it like I am.

From the Rainbow Times:


The measure, however, does not include protections for public accommodations, such as hotels and restaurants, restrooms, locker rooms, public buildings and transit, including subway and bus lines.  That omission bothers a lead sponsor of the bill, Representative Carl M. Sciortino, Jr. (D-Medford). But he said, the bill is a step forward  “It makes sure that people who have faced violence and discrimination have legal remedy.” 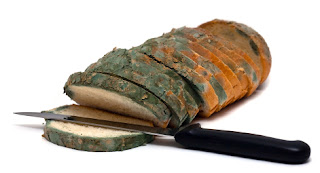 Yeah, right.  This is moldy civil rights bread that was just given to the Massachusetts trans community.

Now the Gay, Inc peeps and their trans apologists are attempting to spin the lie that this moldy bread tastes better than the hot,.fresh garlic-buttered civil rights loaf we watched GL activists bake and stuff in their mouths along with the crumbs from it

This trans rights bill damned sure isn't the equivalent of the one the Massachusetts GL community passed for themselves 22 years ago and they better not even part their lips to try and say it is.   But some people in the Massachusetts trans community are chomping on that moldy civil rights bread you just handed them and proclaiming it's the best they've ever ate as the rest of us in other parts of the country shake our heads.

The question is, without the PA language, what legal remedies will a discriminated against Massachusetts trans person have under the unjust state law if that anti-trans discrimination occurs in a hotel, restaurant, public building, transit, restroom or locker room setting?


I have the sinking feeling that the trans people who will discover the answer to that question and bear the brunt of that anti-trans PA based discrimination will disproportionately be non-white ones.
.