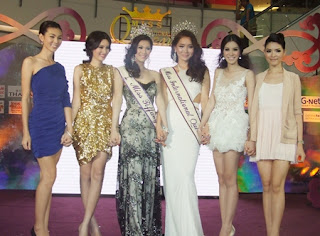 Miss International Queen has become the defacto must win international title in the trans pageant world over its seven year history because it was held in Thailand and gained the cachet through years of major international media coverage.

Even I write a post about who wins it every year and this year is no exception.

But there is discontent brewing this year over the 2011 edition of the Thailand based international trans pageant.

In the Asia-Pacific Rim, there are no two more pageant-loving nations than Thailand and the Philippines.  Both have international reputations for the beauty of their transwomen and also are homes to the world's best known trans revue shows in Tiffany's in Pattaya and the Amazing Philippine Show in Manila. 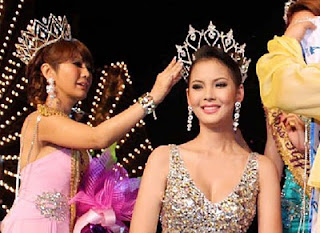 Both revue shows also sponsor major internationally renowned trans pageants in their respective countries such as the Miss Tiffany's one in Thailand and the upcoming Amazing Philippine Beauties one on November 19.

That sentiment is now beginning to be echoed by transwomen from other parts of the world as well.  I've also noticed over the pageant's history that I've been observing and documenting since 2006 that an African Diaspora trans woman has NEVER won it and there were three entered this year.. 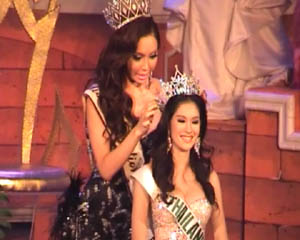 And Alisa Phanthusak, as Assistant Managing Director of Tiffany's and by extension the Miss International Queen pageant they sponsor, you have an emerging PR headache and credibility problem in that regard. 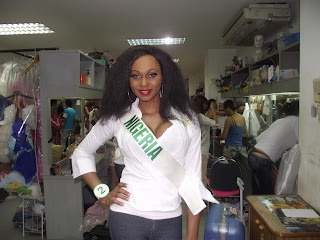 Nobody likes rigged pageants or ones suspected of being rigged, especially when it costs money for people to enter them (the entry fee for MIQ was $400 US).

It also costs money to buy gowns, makeup, outfits for the preliminary events, pay for international air travel, passport if you don't have one, food, transportation and lodging in the host city, put in the time and effort to assemble a talent routine and get hair, nails and whatever other work done to make yourself look flawless in the process.

If you're going to commit that time, money, sweat equity and energy into becoming a winning pageant contestant, you want to believe after you invested the effort into it that whether you won, placed or lost, you had a fair shot at winning a title.  Right now that's not what contestants are feeling when it comes to the Miss International Queen pageant.

Transpinays are so pissed right now they are not only considering a boycott of next year's event, they are seriously contemplating starting a rival Manila based international trans pageant with the international judging panel I've suggested.

It didn't help there were charges that some comments critical of the decision got mysteriously chopped off the MIQ Facebook page.  For a moment I went off on that page because I presumed my comment calling for an international panel of judges was one of those deleted as well but I found it when I scrolled down on the page.

I said this on the MIQ FB page and I will repeat it   If the Miss International Queen Pageant is going to claim it's an international trans pageant and wants to have ANY international credibility in the trans pageant world as a fair pageant, from this point forward it is imperative that an international panel of judges be assembled to determine the winner and make sure that any Thai judges that are part of the panel have no ties to Tiffany's show or are severely limited.

If they don't handle that credibility problem they have in an expeditious manner, they may find themselves in the Land of Smiles being speedily eclipsed by international trans pageants who do value fairness and a clean competition without questionable ties to the sponsor of the event or home nation bias.