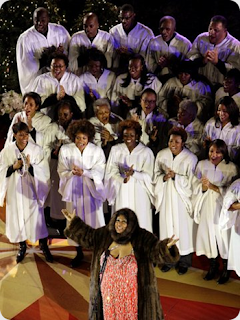 I have zero respect for PETA, and their latest stunt is guaranteed to send me in the direction of my friendly neighborhood KFC to chow down on some Original Recipe.

While PETA's mission is noteworthy in terms of advocating against cruelty to animals, their tactics are reprehensible.

Renee at Womanist Musings called out PETA in a recent post for their propensity to use every 'ism' in the book to promote their agenda.

She highlights as an example in her post PETA dissing Aretha Franklin last year for wearing fur. 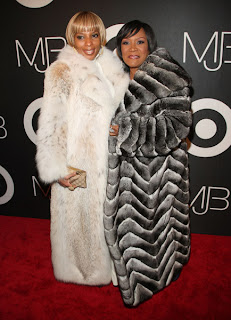 Beyonce was ambushed outside a New York restaurant in 2006.

Mary J. Blige flat out warned them in 2007,“Those PETA people don’t want to mess with me, they don’t want to throw paint on my coat because it’s not just going to be throwing paint. It’s going to be Mary in the news the next day, you know what I mean? What gives them the right to destroy someone’s coat because their opinion is that you shouldn’t wear animals? Understand what I’m saying?”

Amen, sis. If you threw paint on a fur coat I spent my hard earned money on, you'll be surgically extracting my pumps from your colon after I was done going medieval with you.

The more PETA engages in behavior that pisses people off, the more they drive away people that might be sympathetic to their cause.
Posted by Monica Roberts at 12:30 PM

PETA is the damn debil! I hate that fake, self righteous, elitist, terrorist organization!