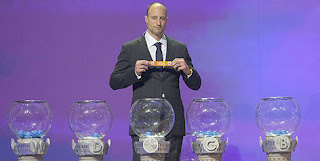 The eyes of the world were turned toward Cape Town for the draw setting up the groups for the upcoming FIFA World Cup Tournament in South Africa this summer.

I was interested along with the die hard soccer fans here in the States to see where Team USA would end up. 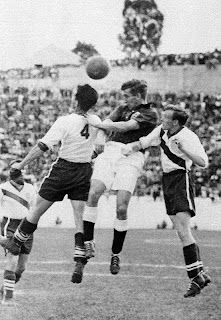 The Brits may be salivating because they consider us and everybody else in Group C pushovers, but may I remind y'all about the 1950 'Miracle On Grass'.

It was a World Cup game in Belo Horizonte, Brazil in which a ragtag USA amateur team beat a heavily favored English squad 1-0 in one of the biggest upsets in World Cup history. England ended up losing their next match to Spain by the same 1-0 score and failing to qualify for the next round.

England is our opening Group C match in the 2010 World Cup, and our guys are eager to atone for the poor showing in the 2006 World Cup.

Can another 'Miracle on Grass' happen? As former NFL coach Herman Edwards once said, "That's why you play the games.'

The US team we have now actually has far more talent than the 1950 one did and is actually ranked number 14 in the world. They won their CONCACAF Group and have qualified for six consecutive World Cup tournaments.

Translation, we won't be sneaking up on anybody, and any team that falls asleep on us does so at their peril.

The group play matches commence next June. Ought to be a fun few weeks.
Posted by Monica Roberts at 9:30 PM

USA will in my opinion get through the group stage. They are a solid team that on their day can hold their own against any side.
There could be a few shocks in this tournament.