During the early morning hours on May 11, 2003 Sakia was returning to her hometown of Newark, NJ from a night out socializing on the Chelsea Piers with several friends. It's been a popular hangout in the New York metro area for young GLBT peeps of color for so long even some scenes from Paris is Burning were shot there. 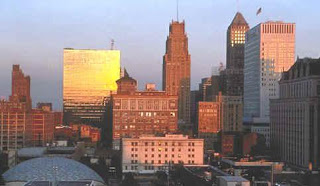 After getting off the train fron New York the group was waiting for a bus on the corner of Broad and Market Streets in downtown Newark. Two men approached in a white station wagon around 3 AM and propositioned them. When the girls rejected their advances by declaring that they were lesbians one of the men got out of the car and attacked them. Gunn fought back and was stabbed in the chest by Richard McCullough who fled the scene. One of the friends flagged down a passing driver to take the mortally wounded Gunn to nearby University Hospital where she died in her friend Valencia's arms in the emergency room. 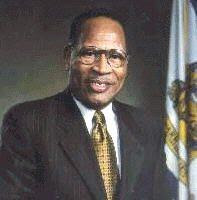 The murder set off a wave of protests in Newark and sparked outrage from the local GLBT communty. More than 2,500 people attended Gunn's funeral on May 16, 2003 and in the wake of the tragedy an LGBT advocacy group called The Newark Pride Alliance was formed. They are putting presure on the city to make good on the promises made after Sakia's death by then Newark Mayor Sharpe James to establish a community center for gay, lesbian and transgender young people in Newark, so young people don’t feel they have to go to New York City to have a safe place to hang out. The GLBT center idea is also supported by current US Representative Donald Payne (D-NJ). That promise so far has not been fulfilled and they are still working diligently to make it happen.

On the same day that Gunn's funeral was held McCullough turned himself in to authorities and was arrested in connection with the crime. He admitted calling the girls "fags" and "dykes" but claimed that Gunn died after she ran into his knife. He dropped that story after the judge threated to revoke the plea bargain deal and order a trial. McCullough also continually referred to Gunn as a "little dude."

The murder charges were dropped as a result of the deal and on March 3, 2005 McCullough pleaded guilty to aggravated manslaughter, aggravated assault and bias intimidation. He was sentenced on April 21, 2005 to 20 years in prison. 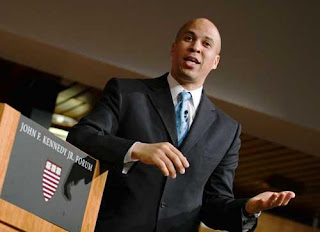 Gunn's murder also raised questions from her friends and family about a 2002 campaign promise made by then Mayor Sharpe James during that contentios race in which he defeated current mayor Cory Booker. At the corner where Gunn was killed there's a police booth that is supposed to be manned 24 hours a day but wasn't on that fateful night. Gunn's family and others in Newark contend that if an officer had been posted there Sakia would still be alive.

The Gunn murder also pointed out the glaring disparities in reporting and reactions when African-American GLBT peeps are bias-crime victims vis-a-vis white GLBT peeps like Matthew Shepard. Shepard's case was plastered all over the media while Sakia Gunn's case (and sadly others like JR Warren, Rashawn Brazell, Michael Sandy and Erica Keel's) received scant attention.

The editions at the Internet journal The Gully noted the tone of coverage in those few articles that were written on the Gunn murder. The reporters tended to highlight the scuffle that occurred between Gunn and implied that if Gunn and her friends had not only announced their sexual orientation, the men would have lkeft them alone. The Gully's editors argued that it is "far more likely that the men only propositioned Gunn and her friends because they knew the girls were lesbians and a sexual advance would provoke some kind of exchange."

Professor Kim Pearson at The College of New Jersey discovered after doing a media analysis that in the seven month period after their attacks there were 659 stories in major newspapers about Shepard's murder compared to only 21 articles about Gunn's. Pearson also noted the disparity in the speed of the justice system in response to those bias crimes. Shepard's attackers tried and convicted within seven months after his murder. It took seven months for Gunn's attacker to even be indicted.

Recently a group called The Sakia Gunn Film Project began work on a documentary. It is the filmmakers hope that they can not only shine a light on what happened to Sakia but point out the negativity that African-American GLBT people are exposed to in our communities that lead to these tragedies.

May they have much success in compiling this film. It would also be fitting if they could debut it on May 26, Sakia's birthday.
Posted by Monica Roberts at 2:12 PM