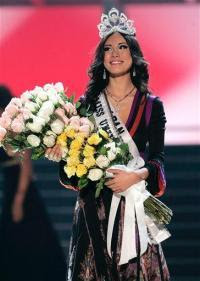 I thoroughly enjoyed the Miss Universe broadcast last night. While I was disappointed that Miss USA Rachel Smith didn't win, it was nice to see Miss Japan Riyo Mori break through and win the Miss Universe crown. It's the first time since 1959 that the delegate from the Land of the Rising Sun has won the title. 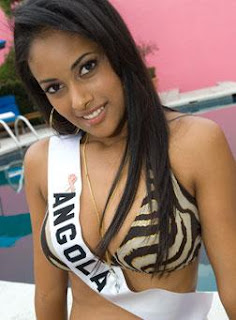 I was also surprised and pleased to see Miss Angola Micaela Reis and Miss Tanzania Flaviana Matata make it to the semifinal rounds. I didn't think the judges would be feeling Flaviana's shaved head but her height and confidence helped her work the look. Miss Angola is also a tall and stunning looking woman. The evening gown competition is where she fell off scorewise and out of the competition. 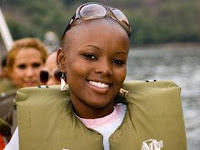 Speaking of falling, I believe that the fall cost Rachel the crown. She was on track to probably win it up until that point. She had things lining up for her. No Miss Puerto Rico, and even if she had made it, Miss Puerto Rico would have had to battle the fact that there have never been back-to-back winners from the same country in the history of the pageant. Her other major rival in Miss Venezuela, the betting favorite going into the finals to me didn't have that wow factor that I've observed in other former Miss Venezuelas who have taken the Miss Universe title. 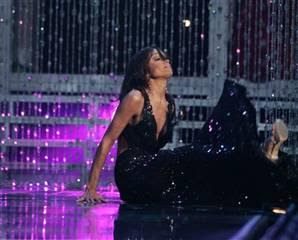 It probably didn't help that Rachel made the 5 finalists despite the fall and the homegirl from Mexico was eliminated. I'm amazed that she scored an 8.75 after that. It's why I say that she lost the competition right there. I could easily see her scoring in the 8.9-low 9 range if she hadn't.

The Mexico City home crowd booing during her interview probably didn't help either. Had she won there would've probably been a little controversy about that. I also didn't like the weak softball questions they asked the delegates.

If you want to showcase a woman's intelligence as the Miss Universe organization tells its critics and claims they're serious about that, then ask the delegates some challenging and intelligent questions. I'd also make the interview 60% of your score. 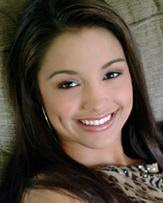 Even though Rachel won't be globetrotting for the next year as Miss Universe 2007, she still is the fourth runner up and she will continue to carry out her duties as Miss USA 2007 until she relinquishes her crown. I doubt that it will be the last time you see this sistah.

Posted by Monica Roberts at 3:01 AM