Because of my nearly 20 years in the activist world I've gotten to know some amazing people.   One of the things I've also done is keep track of people's birthdays.   Thanks to Facebook, that job is infinitely easier.

Birthdays are the one day on the calendar that is totally yours and to me are important because it is the day you arrived on this planet to bless our lives in the many ways they do so.

It was also interesting to note that we have several of our amazing trans advocates and people spanning different decades born on this day like Laila Ireland, Janet Mock, Justina Williams, Ben Power, and Amailia Black

There are some kick butt allies to our community born today like Chevara Orrin, ESPN's LZ Granderson and Rodney Nickens, Jr, who I met in 2011 when he was working for the National Black Justice Coalition.  I met Chevara and LZ during the 2012 OUT on the Hill.

So happy birthday to all of you!   Rodney and Amalia are celebrating milestone ones, and I'll let them say what milestone birthdays they are.

Since it's Friday and as Mr T famously said, fools are everywhere, I now need to segue into our usual business of calling out ignorance, idiocy, coonery and buffoonery and WTF level  arrogance.   Time for this week's edition of the TransGriot Shut Up Fool Awards.


Honorable mention number one is a blanket award for the Trump misadministration.  Just pick an outrage.

Honorable mention number two is Sophie Gregoire Trudeau, the wife of Canadian PM Justin Trudeau who put her pumps in her mouth when she stated that we should think about the supportive men on a International Women's Day,

While I deeply appreciate those supportive men, International Women's Day is designated and specifically designed to celebrate the accomplishments of women across the planet.

Honorable mention number three is a joint award for the Cleveland Browns and the Houston Texans.

Cleveland gets it for trading for Brock Osweiler, a 2018 second round draft pick and eating a $60 million cap hit for his contract.  The Texans get called out for signing his mediocre behind in free agency for that much a year ago.

Honorable mention number four is gay male William Busby and the lesbian TERF who testified in favor of passing SB 6.

Once again these people prove the point that some of the transphobic idiots transkind has to fight also identify as gay or lesbian.

Honorable mention number seven is a group award for Sen. Lois Kolkhorst (R) and every member of the TX Senate State Affairs Committee that either voted for SB 6 or enabled the outright lies  and transphobia that came out of their supporter's mouths.

Honorable mention number eight  is Texas State Sen. Eddie Lucio, Jr (D) who interrupted Dr Colt Keo-Meier during his expert witness testimony against SB 6 to shadily say 'he didn't know discrimination', voted to advance the discriminatory Texas Transgender Oppression Act out of committee, and then got mad when he cot called on it by Latinx trans people after the hearing was done,

Hope his constituents are lighting his phone lines up.  (512) 463-0127 for is ATX office.
This week's Shut Up Fool loser winner is HUD Secretary Ben Carson

This week he earned the award by claiming that slaves were immigrants who carme here seeking opportunity and worked hard for less.

What crack pipe were you smoking to make you say such a mega WTF level statement?

Sit you ignorant azz down in a whole section of seats at Verizon Center and shut the hell up, Fool! 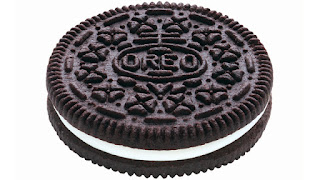 You can also have a cookie while you're at it.
Posted by Monica Roberts at 12:00 PM