Seems like I've been doing this ever since my first one in the 1999 session, but when I arrive at the state capitol in a few hours, this lobbying foray at the Pink Dome will be for much higher stakes.

Trans folks and our allies from across the state will be converging on Autin to make their voices heard to their state legislators.  They will be urging them to #FlushSB6 and other unjust anti-TBLGQ bills and passing pro human rights bills.

The North Capitol steps will also be busy March 6 with a TENT press conference at 11 AM and one with a coalition of business groups at 1 PM condemning SB 6 as a preventable disaster for the Texas economy.

The Trans Texas Lobby is a joint production of TENT (Transgender Education Network of Texas), Equality Texas, ACLU-TX, Texas Freedom Network and HRC and run from 9 AM -6 PM CST on March 6. 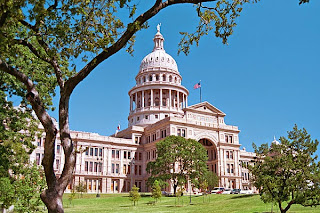 SB 6, the unjust Texas Transgender Oppression Act being pushed by Dan Patrick and Lois Kolkhorst, will have a committee hearing tomorrow starting at 8 AM,    This is a job killing bill of the highest order in addition to being one that oppresses a segment of the Texas population.

Here's the Texas state data for the 2015 US Trans Survey has also been released with 1490 Texans recording their responses as part of the largest survey to date of transgender people in the US with 27,715 respondents

Since I'm planning to attend both the Lobby Day and the hearing, that means AX I'll be chilling there and won't leave until after the SB 6 hearing is concluded.

Looking forward to seeing everyone in the ATX a few hours.