I was in the midst of one of the more empowering weeks I have had in my life between getting to attend my first White House LGBT Pride reception, a well received Philadelphia Trans Health Conference media panel on Friday, and experiencing the love of much of my community (except for five haters who know who they are)

So it was a shock but not too surprising for me when I awoke on Sunday morning to hear the distressing news about the Pulse TBLG nightclub in Orlando being attacked on Latinx Night.

Why am I not surprised it happened?  Because of the ramped up anti-trans and anti-gay animus that has been stoked by the Republican Party and fundamentalist preachers like James Dobson, I have been concerned that something like this was going to happen.   When you keep demonizing a marginalized group, just a matter of time before something like this happens in a country with far too many guns and easy access to acquire them.

We have 49 people dead with 53 more are injured as a result of the terrorist attack at Pulse and my condolences to the predominately Latinx BTLG family members we lost.  I also pray for the people who survived it, but will be haunted by memories of that  horrific night for a long time to come.

But it seems to me the media is more obsessed with the now deceased shooter Omar Saleem's radicalization and playing footsie with ISIS than pointing out the fact that the Republicans were gleefully trafficking in anti-trans and anti-gay hatred for months before Sunday's attack. 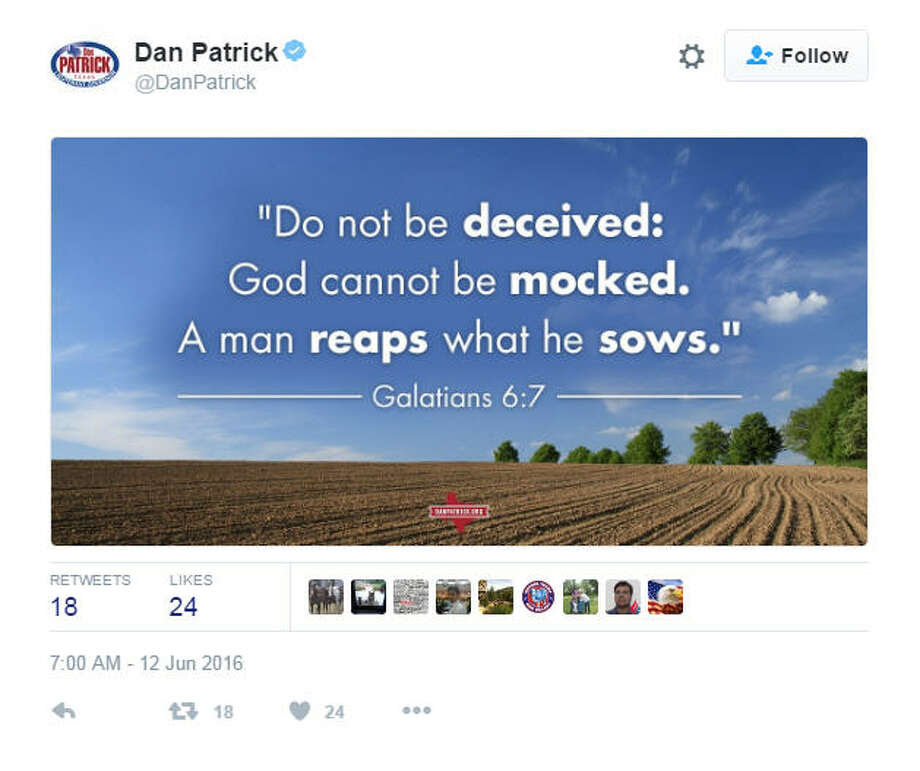 In fact, Texas Lt Governor Dan Patrick unleashed a tweet at 7 AM he later retracted about people 'reaping what they sow' mere hours after the mass shooting happened.  Once again, another day when Texas Republican leaders have embarrassed the state.

I'm also not liking the Republicans, after spending decades demonizing the TBLG community, all of a sudden trying to play like they are our community's best buds.   And the Log Cabin Sellouts Republicans need to check themselves in terms of that press release they put out, but conveniently ignoring that their party was pushing fear and hatred of transgender people for political advantage.

As the details of this mass shooting continue to come out, the nation and the world mourns with Orlando and the national BTLG community.   In addition to the one held in front of the historic Stonewall Inn in New York, the Houston LGBT community held a vigil on Sunday, and there have been others either held or planned as the week has progressed.

This was an  attack on the entire TBLG community, and we cannot allow the people killed at Pulse to die in vain.  Far from the entire community cowering in fear, we should be even more determined to openly live our lives and work to ensure that homophobia and transphobia are eradicated from our culture.