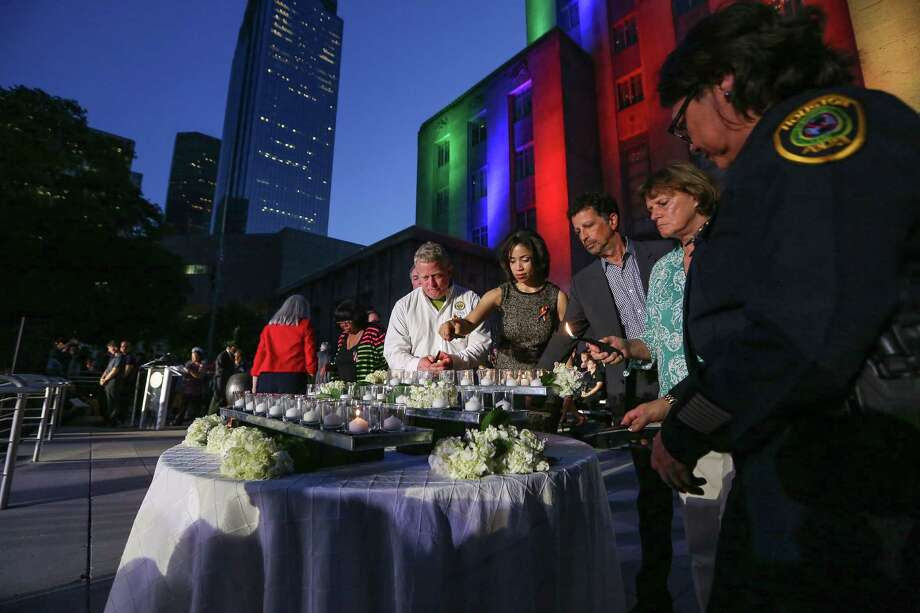 In the wake of the Orlando attacks, there were many vigils held in different location around the Houston area organized by different groups.

The one sponsored by the city of Houston was held last Wednesday night on the steps of City Hall on the reflecting pool side, and I was honored to be asked to be a part of it.

It started at sunset, and included remarks from Fran Watson, Ashton Woods, Lou Weaver, Councilmember Robert Gallegos and Mayor Sylvester Turner just to name some of the people who spoke at the vigil