Media Peeps, The Trans Community Has A Flag- Please Use It!

Today is Flag Day, which celebrates the day the American flag was adopted by the Second Continental Congress in 1777.

I've written some posts that have implored the TBLG community to ensure that when we have human rights events and protests, we include Old Glory in them along with our group flag to send the message that we are citizens of this country that deserve to have our human rights respected and protected.

The trans community since August 16, 1999 has had the pink, blue and white flag representing our community .   It was created by Monica Helms and first flew in the 2000 Phoenix pride parade.  The original Helms trans pride flag is now housed at the Smithsonian and ever since its creation has slowly grow to become an internationally recognized symbol for our community and international human rights movement.

While we recognize the LGBT rainbow flag, and we trans peeps have no problem when we are working intersectionally or in community with our GLB allies flying, marching under or displaying the Baker flag, it is irritating when we have a trans themed event to have the Baker flag and not have the trans pride flag prominently displayed.

I have seen several web-based media groups writing about the multitude of situations where trans people are murdered, states voting on anti trans bills or the new Secretary of Defense saying that trans people should serve in the military. Invariably, the writers of the articles, or their editors select the first picture that comes to mind, a picture of a rainbow flag.

Excuse me! We may be part of the LGBT group, but we have our own flag and our own colors that represent us specifically. The Transgender Pride Flag has been around for 15 years and there are thousands of photos and drawings that have our colors or our flag. The original flag is even in the Smithsonian. If you are trying to show us some respect by pointing out the hatred others have towards trans people, then why not show us some respect in the photos you select for the article? Is that too much to ask? 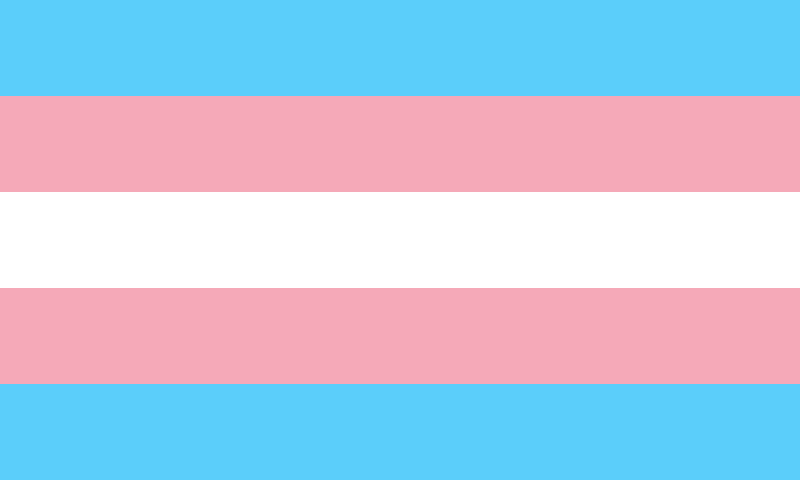 It also irritating to see an article that is primarily about a trans person or a trans issue have a graphic that superimposes the rainbow flag and not the trans pride one.

The trans community has its own flag media peeps.  Please use it in articles or graphics that you create pertaining to my community.