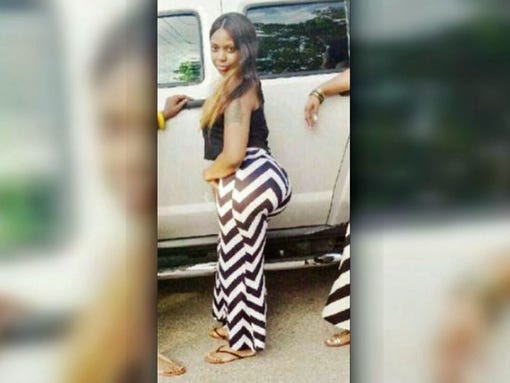 Wykesha Reid was found dead inside a Dallas beauty salon in the 3800 Block of East Side Ave.on February 19 after visiting it for an appointment the previous day have her butt enhanced.

43 year old Denise 'Wee Wee' Ross and 32 year old trans woman Alicia Clarke were initially charged with practicing medicine without a license in an unrelated case of a 27 year old woman who paid $200 to have injections done by Clarke and Ross on February 9 at that East Side Avenue shop.
.
The woman told Dallas police she was escorted to a back room by Clarke, told her to remove her pants and get on a massage table.   She attempted to ask questions about the procedure, including what was in the injections, but "was not given a good explanation," the documents say.

The client said Clarke and Ross sanitized her buttocks and began the injections.

The woman said she was injected with a total of seven syringes that were left in for the duration of the procedure, and that she "felt intense pain and was told to be quiet after screaming in agony." The injection holes were closed with Super Glue and cotton balls.

This woman later identified Clarke and Ross in a photo lineup.

Clarke and Ross are now facing murder charges in Reid's unfortunate death.  As this case develops, will keep you TRansGriot readers apprised of what's happening in it.