Why Is A So Called GLBT Election Exit Poll Excluding The 'T'? 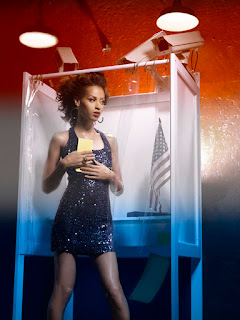 Since the 1990's a consortium of five networks NBC, CBS, ABC, CNN, and Fox along with the Associated Press have contracted with the New Jersey based Edison Research polling firm to conduct a national exit poll not only during the congressional midterms, but also during presidential elections.

In the 2000, 2004 and 2008 presidential elections 4% of the respondents that took part in election exit polling have responded YES to the question, “Are you gay, lesbian, or bisexual?”

Notice who isn't included in this question despite the fact that some of my transbrothers and transsisters identify as gay, lesbian or bisexual.

Joe Lenski, the executive vice president of Edison Research, told the Washington Blade that the exit poll for the 2012 presidential election won’t seek to identify transgender voters through a lengthy questionnaire given to voters as they leave polling places across the country.

“We’ve tried to keep that wording as consistent as possible across elections and that’s the way it’s been asked in the last decade at least,” he said.

Umm Joe, the weak azz 'that's the way it's been done before' excuse doesn't compute with me, who has voted in every presidential and congressional midterm election since 1980 and other trans voters around the country.  It's also frankly insulting to us as well.

Some of those people you ask those questions as they leave polling places happen to be trans people who are also part of the rainbow community.

It's important that we transfolks be counted in your polling data in light of the fact we are not only American citizens exercising our civic duty, but we're working to get trans human rights laws passed all over this country.   We need to have that data handy to get reluctant legislators hipped to the fact they have trans constituents in their districts.
Posted by Monica Roberts at 9:00 AM