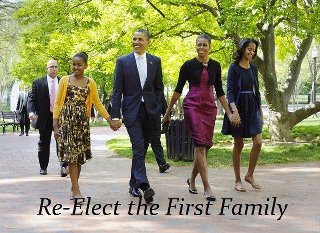 We can either vote to continue the progress we've made under President Obama toward building an America that works for everybody, or you can vote for a lying political shape shifter who.in his own words doesn't care about 47% of the population.

Your call.   But the bottom line is that you need to get your azz out of bed on November 6 and handle your civic business.   You can damned sure bet that the people who want to bring the GW Bush policies of the last decade back will be in line tomorrow.

You need to be too so this country can move forward and not backwards to the 19th century.