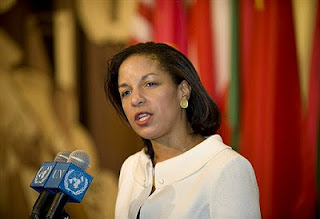 First it was Van Jones and Desiree Rogers, then you tried to attack US Attorney General Eric Holder for doing his damned job and putting a halt to your voter suppression bull feces, and now you fools are coming after UN Ambassador Dr. Susan E. Rice.

By the way, happy birthday Dr Rice!   She was born in Washington DC on this date in 1964.

Sen. John McCain (R-AZ) has been the point conservafool on this political smearing attack of Dr. Rice along with Sen Lindsey Graham (R-SC) whose pink elephant behind needs to come out of the closet.

Oops, did I say that?

Back to riffing on Sen John McCain and his loud and wrong attacks on Ambassador Rice, who is a potential nominee to replace Secretary of State Hillary Clinton when she steps down. 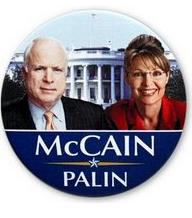 I know John McCain, the man who chose intellectually challenged Sarah Palin to be his vice presidential running mate.didn't just part his lips to say that he would do everything in his power to stop that nomination if it happened, and in addition to that had the unmitigated gall to call her 'not very bright'

Senator McCain is in no position to judge who is 'not very bright', since he graduated 894th out of 898 people in his Naval Academy class.

Dr Rice on the other hand was valedictorian of her HS class, a Phi Beta Kappa history student at Stanford and a Rhodes Scholar.

And stop hatin' on Dr. Susan Rice.  She'll be a far better Secretary of State that the other non-related Republican Rice you supported.