Texas Redistricting Gets Messed With Again By Feds 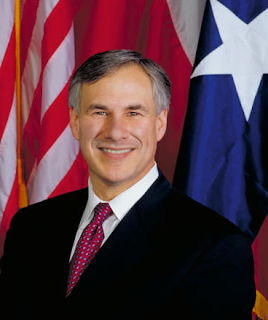 I talked about it when the initial ruling against the state happened back in November, and Attorney General Greg Abbott (R) loses in federal court once again.

A federal  three judge panel unanimously threw out the shady and discriminatory Texas redistricting plan that was passed by our GOP dominated legislature.

The federal judicial panel ruling on this case was made up of GW Bush appointed judges Thomas Griffith and Rosemary Collyer and Obama appointee Beryl Howell, and stated the state failed to show the new political lines would not discriminate against non-white Texans under the Voting Rights Act.

Texas also failed to show that the new political lines were "not enacted with discriminatory purpose" when passed by the legislature during the 2011 session.

"Accordingly, we deny Texas declaratory relief," the three judges said in a 154-page ruling released by the U.S. District Court for the District of Columbia.

“The court’s decision is a damning indictment of (Gov.) Rick Perry and other Texas Republican leaders who, in a cynical attempt to hold on to power, engaged in intentional discrimination against Texas Latino and African-American voters,” said Lone Star Project Director Matt Angle.

"This is absolutely a victory for Texas and for minority voters to elect a candidate of their choice," said Trey Martinez Fischer with the Mexican American Legislative Caucus, which opposed the redistricting plans.

Damn right it is.   Texas grew by 4.3 million people and picked up four congressional seats primarily on the strength of African-American, Asian and Latino population growth.   65% of that growth was by Latinos, 13.4% African-American, and 10.1% was Asian.

In a just world the new districts should have been drawn where the growth occurred in the urban areas of Houston, Dallas, Austin and San Antonio-South Texas.

Justice and fairness is a foreign concept to Republicans hellbent of holding power in a state that has been majority-minority population wise since 2000 and their presidential election prospects are predicated on Texas not becoming the blue-leaning swing state it should be.

Of course, Abbott is going to waste more Texas taxpayer dollars by appealing this ruling to the Supreme Court.  But once again the Texas Republican Party has been busted for playing shady political tricks.