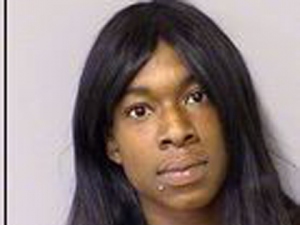 Sad news to report before I depart for Charlotte, and thanks to reader Jessica Wicks for bringing it to my attention.

19 year old Tiffany Gooden was found stabbed to death on Tuesday in an abandoned building in the 4800 block of West Jackson Street on Chicago's West Side.    This comes less than four months after Paige Clay was found shot dead in an alley less than three blocks from that location.

My reaction to the news that another young transsister's life was snuffed out?   I'm pissed, and the transphobic idiots running rampant in the comment threads of the CBS2 news story isn't helping my mood.

Chicago Police according to the story are investigating both the Clay case and the Gooden one.   They'd better be, because if they aren't, I'm going to find out about it courtesy of local activists.  I will be keeping an eye on this latest murder as well with the help of the Chicago rainbow community until the wastes of DNA who committed it are brought to justice.

But add Tiffany Gooden's name to the sadly lengthening list of people we will be memorializing when the 2012 edition of the Transgender Day of Remembrance takes place in November.
Posted by Monica Roberts at 12:00 AM