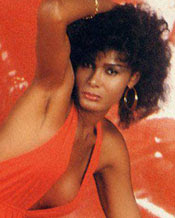 Stumbled across an interesting piece of Black trans history while searching for something trans related to write about.   It concerns the surprising note that cult film actress Ajita Wilson was a trans woman.   But then again, why should I be surprised about what I discover when it comes to women like us?

It's simply another fascinating piece of Black trans history that I'm bringing to your attention. 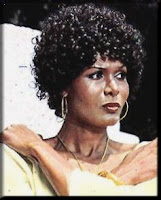 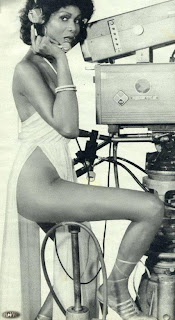 She was born in Brooklyn, New York around 1950 and started out as a female illusionist and entertainer in New York's red light district   She had her sex realignment surgery in the mid 1970's and not long after that occurred began appearing in underground adult films being produced in the New York area.

Interestingly enough one of the people she worked with during her film career was The Exorcist actress Linda Blair in the movie Savage Island. To add another interesting note to this post about her, she was a Jet Magazine pin up girl.  Ajita Wilson appeared in the August 20, 1981 issue of the iconic Jet Magazine as their Beauty of The Week    That may make her possibly the first trans woman to hold that distinction.

While her acting career was still going strong and in a positive direction for her she was involved in a horrific automobile accident in Rome, Italy.   She passed away from a brain hemorrhage on May 26, 1987 that resulted from that accident.

After Wilson's death, speculation about her trans status began to emerge.  When director Carlos Aured was asked to comment on it, he said this in reply.to the interviewer's question. 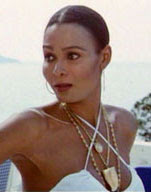 "She was charming, beautiful and very professional. The rest is not important." he said.

Indeed.  Ajita Wilson was as director Aured said, charming, beautiful and professional as an actress.  But I'd disagree about the second part of his comment.

In that time period there were very few out Black transfeminine role models.  While I understand what the transition protocols were at that time and she was a product of that era, it sure would have been nice to know that Ajita Wilson was also a girl like us, too.
Posted by Monica Roberts at 12:00 AM