The fast and furious blowback from Ashley Love's unwarranted attack on Isis King for the groundbreaking American Apparel ads has started.

I've already had my say about it, and now other people in reality based transworld are calling out Love concerning her hypocrisy and her Washington Blade post in which she doubles down on her hypocritical separatist idiocy.

“Our much larger goal is promoting media depictions with messages that affirm, rather than misgender.”

Oh really, Ashley?   Still haven't seen you and your one woman MAGNET org attack the misgendering that goes on in the Black gossip blogospere like I've done, much less call out the misgendering that you not only have engaged in for years, but is a staple of the WWBT separatist ranks you are a tokenized part of aimed at anyone that disagrees with you and your TS separatist friends bull feces. 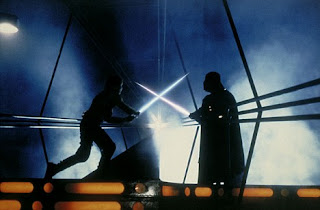 And yeah, just to leave no room for doubt, you are a TS separatist.  It's past time for truth in advertising when it concerns you and your loud and wrong stances.

Ashley, I tried to warn you last year what would happen if you continued down the dark path of TS separatism and you still embraced the Dark Side of the trans force.  Now you get to live with the consequences of it forever consuming your activist destiny and sapping whatever credibility you could have built up.

I'm done hoping you would wise up, see how much damage you were doing to yourself and correct your behavior.  There may be still good in you Ashley Skywalker, but I'm done waiting for it to appear.

Angelica Ross recently interviewed Isis on her radio show and they took a few moments to comment on the faux controversy that was stirred up and Ms Love before moving on to other subjects.

Cristan Williams has an interesting article from her Ehipassiko blog that documents the reactions to Love's recent one woman crusade to colonize the transgender community.

But the bottom line is that it's painful to watch someone who had so much potential to do a lot of good work for the trans community become a pariah.   The sad part is it didn't have to happen.
Posted by Monica Roberts at 10:00 AM