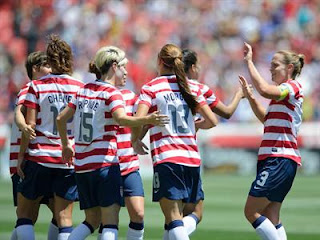 The opening ceremonies for the London Games aren't until Friday, but the FIFA world number one ranked US Women's national soccer team begins their quest for an Olympic threepeat at 12 noon EDT.

In case you're wondering TransGriot readers how the USA women's team has done in Olympic opening matches, they are 3-1-0 all time. 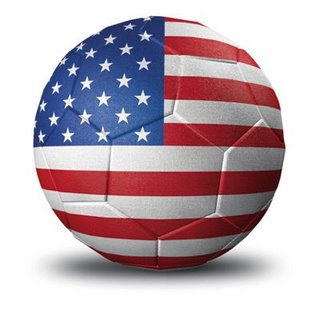 They take the pitch at Hampden Park in Glasgow, Scotland in their opening Group G match against FIFA number 6 ranked France in their first ever meeting in Olympic competition.

It's also the first ever match France has played in Olympic women's competition and will probably have revenge on their minds.  Team USA beat France 3-1 in last year's FIFA Women's World Cup semifinal in Germany and have a 12-0-1 all time record against France.

The match will be telecast on the NBC Sports Network and the NBC Olympic Soccer Channel and if you're not near a television right now you can follow the match via ussoccer.com’s MatchTracker and on Twitter @ussoccer_wnt

Following today's match against France, the US Women's national team continues Group G play against Colombia at 12 PM EDT on Saturday, July 28, at Hampden Park and will then travel to Old Trafford in Manchester, England to face North Korea at 12:15 PM EDT on Tuesday, July 31.