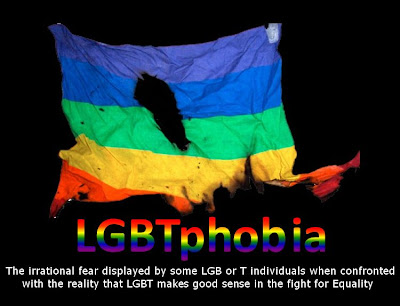 I want to share some eyewitness history about the founding of LGBT and the original meaning of Transgender. As some of you know, I participated in the formative events back in the early 90s in New York City.

The word transgender dates back decades, well before it was used by Virginia Prince in the 1980s. Overtime, it has been used to represents all types of people who transcend society’s definitions of gender, from episodic crossdressers to transsexual woman. It was first publicly re-purposed in its modern incarnation by Anne Ogborn when she started Transgender Nation in 1993 which she modeled on Queer Nation, a predominately LG radical young activist organization that arose out of the AIDS crisis and lack of civil protections for Queer people. More and more people began to substitute the work transgender when referring to themselves to avoid the stigmatization associated with ‘transsexual’ Over time, this has lead to many cis-people thinking that transgender only applies to people who have, are or intend to change their sex.

So why was it important that the term was so broad? Simply put, we realized that all the groups under the umbrellas (including drag, intersex, crossdressing, butch women, fem men, transsexuals, etc…) alone lacked the numbers to effectively reform society to stop discrimination and achieve equality.

But even then, we still lacked the numbers to effectively press forward an agenda for equal rights and stopping discrimination.

While transgender was slowly becoming an accepted term within the Queer world, there was still great resistance with the older gays and lesbians who represented a majority of G&L community. Trans people were frequently frozen out of G&L support centers or we were tolerated, but a member of the family.

Things soon came to a head. 1994 was the 25th anniversary of the riots at Stonewall in NYC and we found ourselves completed excluded from the Huge Pride March that year. We were told we would have a place in the alternative march. Even worse, in the slew of Gay history books that appeared at that time, the role of what we now call transgender people in the riots was completely excised. Needless to say, we fought back and won inclusion in the parade. I recommend http://books.google.com/books?id=KmMEAAAAMBAJ&lpg=PP1&ots=YuNwga5SVH&pg=PA59#v=onepage&q&f=false to those who want to get a better understanding of the dynamics of the times.

Getting the G&L community to back down and include us acted a seed crystal in a supersaturated solution. More and more of the progressive G&L thinkers reconsidered the demands of bisexuals and transgenders for inclusion. Many people were pushing for the adoption of a word like queer, but for many, it was too loaded with negative history and as a result, Gay, Lesbian, Bisexual and Transgender was adopted, building on the existing Gay and Lesbian theme. Eventually this was changed to Lesbian, Gay Bisexual and Transgender to place more focus on the needs of woman and so, LGBT was born.

It was never intended that LGBT stop at Transgender. The original intent was for a rainbow of people, celebrating diversity and inclusion, while fighting against discrimination and for equality for every one under that rainbow. According to Gilbert Baker, creator of the rainbow flag, this rainbow included everyone.

Forward to the Future

Eventually, I believe that we will find a better moniker than LGBT to describe our rainbow, but like the old G&L guardians that sought (and still seek to exclude) T, there will be people who have found safety in the identity of LGBT who will resist the changes still necessary to have equality for all people in our spectrum. I, for one, look forward to true equality for all people who don’t comply with the gender binary, be they gay, lesbian, bi/omni/pan, trans, intersex, questioning or any other member of my family.
Posted by Monica Roberts at 12:00 AM