The TransGriot 'A Different World' Quiz 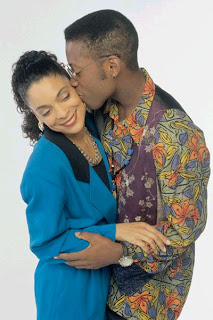 Today is the 24th anniversary of the start of the first season of A Different World, and I'm still waiting along with the rest of the fans of this groundbreaking show for Carsey-Werner for them to release Seasons-2-6 on DVD..

I and other fans of the show who plunked down hard earned money for Season 2 before its release was canceled haven't forgotten, and will keep reminding y'all Carsey-Werner peeps at regular intervals to release Seasons 2-6 until y'all finally do the right thing and do so.

So while I'm impatiently waiting for the DVD release of one of my fave shows, just thought I'd mark the anniversary of the September 24, 1987 first telecast of the groundbreaking show by testing you TransGriot readers knowledge of it.


The TransGriot A Different World Quiz


1-What was Dwayne Wayne's middle name?

2-Which one of these well known actors DID NOT appear on the show?

3-What real life HBCU was used in the still photos and shots used to represent Hillman College?

4-What actor played Jaleesa's ex-husband Lamar?  (extra credit if you can name one of the two shows he was a cast member of)

5-What was Whitley's boyfriend's name before she started dating Dwayne and what school did he attend?

6-What were Whitley's and Dwayne's pet nicknames for each other?

7-Freddie Brooks was from what state?

8-True or False- Young and the Restless star Kristoff St. John made an appearance on A Different World.

9-What political office was Byron Douglas running for?

10-Colonel Taylor fought in the Vietnam War. What was his rank at the time?

11-True or False. Whitley slapped Dwayne during the first season.

12-Who was the lead singer of Ron's band Xpressions?

13-Match the A Different World parent with the job they held.

14-Name the actors who played these A Different World parents

15-What was the name of the nearby university that Kinu Owens and Freddie's cousin Matthew attended?

16-What was Jaleesa's sister's name?

17-Ron has had three steady girlfriends during his time at Hillman. Name them.

18-What was Lena and Gina's fast talking roommate Charmaine's full name?  (bonus points if you can name her boyfriend)

20-What state was the fictional Hillman College located in?

21-What was the name of Ron's fraternity?
(bonus points if you can name what the pledges were called)

22-How many years did it take Shazza Zulu to graduate from Hillman with his BA?

23- What Caribbean island was Gina's family from?

25-What was the name of Kim's medical school lab partner and where was he from?

You may start the quiz.  I'll give y'all until midnight on the 27th to come up with the answers on your own..