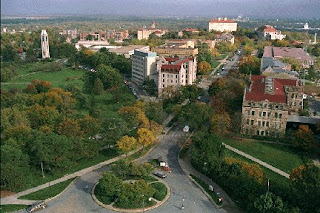 Back in February Manhattan, KS became the first city in the state to pass a trans rights law.  Noting the competitive rivalry between the two cities who are homes to Kansas State and KU I wrote at the time


Since there's always been this rivalry between Manhattan and Lawrence because of the two universities they house, time will tell if Lawrence, the home of the University of Kansas, will step up to the plate and protect its TBLG citizens against discrimination like Manhattan did.


Well, can I call it or what?  Lawrence, KS just passed a trans protective law on a 4-1 vote last night.

The Lawrence City Commission during a two hour meeting in front of an overflow crowd of 70 people added gender identity to the city's anti-discrimination code, making it illegal for employers, landlords and most businesses to discriminate against people who are transgender.

The lone NO vote was from Lawrence City Commissioner Mike Amyx, who said he was not comfortable overruling two previous votes by the city's Human Relations Commission that recommended the ordinance not be adopted. 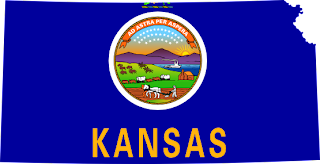 Mayor Aron Cromwell had an opposing viewpoint from Amyx, and stated the vote to change the city code was a matter of opposing discrimination.

"This is not about morality," Mayor Cromwell said. "It is about discrimination."

It sure is Mayor Cromwell.   Congratulations for stepping up in the civil rights game and matching the 'Little Apple' in protecting the civil and human rights of the trans citizens of Lawrence.


TransGriot Note: Was just advised Manhattan, KS has regressed on the TBLG inclusive law they passed originally on a 3-2 vote.  Tea Klux Klan legislators ended up on the Manhattan City Council in April and reversed what had positively been done.

Elections matter people, and it's much harder to keep your rights than it is the get them in the first place, especially when you have religious zealots and bigots that wont rest until you have none.