What If There Was A Trans Trial And Nobody Cared? 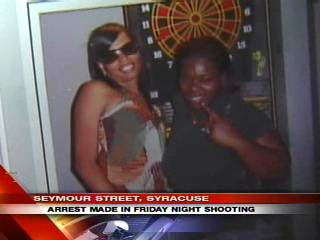 The trial of the alleged killer of Lateisha Green, Dwight DeLee was supposed to start yesterday in Syracuse.

You wouldn't know that because if you Google it, check the local Syracuse media, the website of the Onondaga County DA's office, and even the websites of GLBT groups in the area, you won't find anything on the DeLee trial except old stories and link backs to TransGriot.

I guess if the victim is a Black transwoman, nobody gives a shit, especially if the trial is falling just before the 40th Anniversary of the Stonewall Rebellion that peeps who share Lateisha's ethnic heritage helped jump off.

I would love to be able to tell you what the prosecution's opening statement was, whether the defense is using the trans panic defense, or even what the Cannon family's reactions are.

But I'm not in Syracuse right now, so that makes it difficult if not impossible to do so because unlike the Zapata trial, there isn't a Crystal Ann Gray or an Autumn Sandeen on site to cover it. There's no legal analysis from Banfield and Ford being broadcast on cable TV for people to watch.

So as usual in American society. the unspoken message is being sent that a Black life, especially a Black transperson's life doesn't mean jack, even in the TBLG community.

And we Black transpeople are hearing that message loud and clear.


TransGriot Note: Cara from Feministe sent me a link to another story that states the trial has been moved to mid July.

The post has been modified to reflect the new info.

While that explains why I didn't see any news about it anywhere yesterday and spent several hours searching before I wrote the post, I'm still not happy about the lack of coverage, and the piss-poor reporting this story has received vis-a-vis the Zapata trial.
Posted by Monica Roberts at 1:39 PM

Angie Zapata was a person of color as well - it's possible that Latina transwomen get more respect from the media than Black transwomen... but I think it's more because Angie Zapata was only 18, and the case was more blatantly a hate crime.