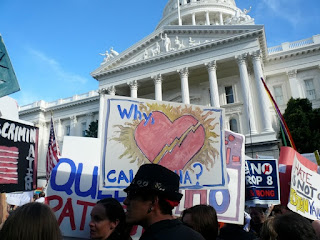 Since the 6-1 California Supreme Court decision upholding Prop 8 went down, in the midst of the resurgence of gay community anger over the decision the tired 'Blacks are more homophobic' and 'Blacks are to blame for Prop 8 passage' memes have resurfaced in the discussion threads on some gay blogs.

It has also led to attacks on anyone, especially persons of color such as Yasmin Nair who advocates that TBLG community orgs renew their focus on passing ENDA and hate crimes legislation and fighting HIV/AIDS. Those three things alone will provide more bang for the civil rights buck and benefit all members of the GLBT rainbow besides the single minded focus of GLBT resources on marriage equality.

People For The American Way's Kathryn Kolbert had this to say in a November 7, 2008 memo debunking that tired meme.

Angrily blaming African Americans for the passage of Prop 8 is not going to help open doors for the kind of long-term conversations we need to have about homophobia and discrimination. It will, instead, further isolate and undermine courageous African American leaders who have taken a firm stand for equality. 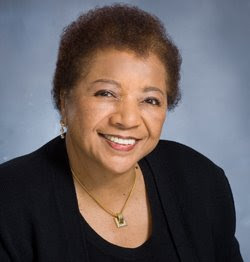 Alice Huffman, president of the state (California) NAACP, has been an outspoken champion on equality and on Prop 8, and right-wing leaders are fomenting attacks on her from within the organization. People like Alice Huffman need our support and strategic thinking, not complaints or condemnation. 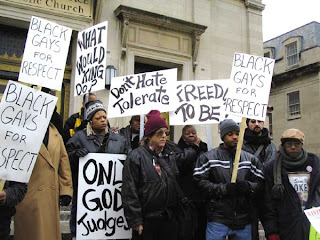 For many Black GLBT/SGL peeps, our ethnicity trumps our sexual orientation or gender identity because people see that first before they see anything else. The more you denigrate our people, the deeper the wedge you drive between African-Americans and the gay community.

We also get put in the uncomfortable position of having to choose between the GLBT community and our people. Nine times out of ten, if we're forced to do so, thanks to our shared history with our people and all the indignities heaped upon Black SGL peeps at the hands of white gays prior to and after the Prop 8 fight, you will lose in that exchange.

And that makes the Religious Right smile.

The point is that for too long you've ignored the warnings SGL peeps have sounded about the racism in the community. You have ignored our warnings and concerns about our megachurch ministers being courted or bought off by white fundies. Our complaints and concerns about the 'just like you' portrayal of the gay community as being white, wealthy and homogeneous were ignored, as was the lack of GLBT/SGL leaders in the large predominately white gay orgs.

Those rainbow chickens have now come home to roost. Now you come running after major losses to the realization despite loud, angry and sometimes racist protestations to the contrary that you didn't need the Black community's help to achieve your marriage equality goals. 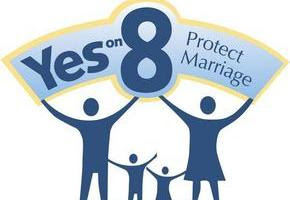 Black people didn't organize the Yes on Prop 8 campaign or provide the armies of foot soldiers to get the petitions signed to put it on the ballot.

Black folks didn't orchestrate the failed opposition to Prop 8. Black organizations or churches didn't bankroll the campaign in seven figure amounts like the Mormon Church and Knights of Columbus did. And since we're only 9% of Ca-lee-for-nia's population, that means the majority peeps who voted for it predominately share your ethnic heritage.

So instead of throwing shade, you need to rethink your strategies for dealing with the situation you find yourself in. That means talking to your critics such as Jasmyne Cannick, not hatin' on them.

It would also behoove you to work with the organization the SGL community set up to help promote TBLG rights in the African-American community, the National Black Justice Coalition.

Lani Guinier once stated, 'No movement committed to long term transformation and justice can afford to become overly dependent on any single strategy.'

One critical component of crafting that winning strategy is coming up with a message that resonates in the African-American community. It's not smart politics to piss off the people that know the community better than you, but could help you turn the tide toward marriage equality in the process.
Posted by Monica Roberts at 12:27 PM