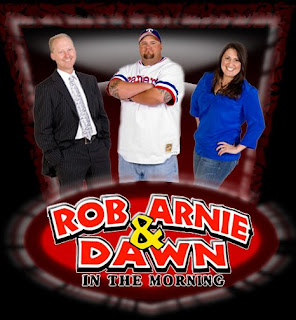 Ignorance abounds about transgender people and their lives, and it's a never ending struggle to get the correct information out there about our lives.

That struggle is only complicated by media people who spew disinformation and transphobic hatred on the public airwaves.

GLAAD contacted me about a problematic May 28 broadcast of the Rob, Arnie & Dawn in the Morning radio show. It's heard in Sacramento, California on KRXQ 98.5 FM and Reno, Nevada on KDOT 104.5 FM, and featured this transphobic tirade against transgender children by hosts Rob Williams and Arnie States.

They were discussing the recent story of Kate in Omaha, NE and her parents’ decision to support her transition. The two haters spent more than 30 minutes explicitly making cruel, dehumanizing and defamatory comments toward transgender children.

Among the comments made by the hosts:

ROB WILLIAMS [11:12]: This is a weird person who is demanding attention. And when it’s a child, all it takes is a hug, maybe some tough love or anything in between. When your little boy said, ‘Mommy, I want to walk around in a dress.’ You tell them no cause that’s not what boys do. But that’s not what we’re doing in this culture.

ROB WILLIAMS [17:45]: Dawn, they are freaks. They are abnormal. Not because they’re girls trapped in boys bodies but because they have a mental disorder that needs to be somehow gotten out of them. That’s where therapy could help them.

ROB WILLIAMS [18:15]: Or because they were molested. You know a lot of times these transgenders were molested. And you need to work with them on that. The point is you don’t allow the behavior. You cure the cause!

ARNIE STATES [29:22]: You know, my favorite part about hearing these stories about the kids in high school, who the entire high school caters around, lets the boy wear the dress. I look forward to when they go out into society and society beats them down. And they end up in therapy.

Thanks to co-host Dawn Rossi who stood up to Williams and States during the segment despite her lack of familiarity with transgender issues.

She repeatedly defended transgender people and made an on-air apology for her colleagues’ defamatory remarks.

Okay people, y'all know what to do. Let the transbigots Rob and Arnie and their management know that attacking a trans child ain't cool and thank Dawn Rossi for standing up for us.

Call on KRXQ to hold Williams and States accountable for their remarks and establish clear standards to ensure their media platform will not be used to condone or promote violence against any parts of the communities they serve.

And if that doesn't get their attention, for those of you in the Sacramento, CA metro area, you can lodge protests when their FCC broadcast license comes up for renewal.